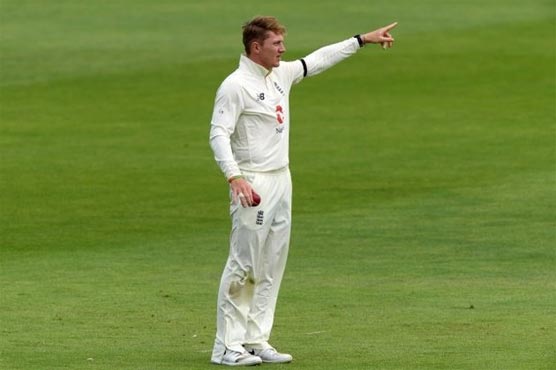 Bess determined to stay ahead of England spin rivals

LONDON (AFP) – Dom Bess was delighted to be back bowling again after months of lockdown as he staked a claim to retain his place as England s first-choice spinner.

The Somerset off-break bowler is the man in possession after Moeen Ali took a break from Test cricket and Jack Leach, a county colleague of Bess, struggled with illness during England s winter tours.

Bess marked his return to international cricket in the New Year Test at Cape Town and then took his maiden five-wicket haul in another victory in Port Elizabeth.

Moeen and Leach both went wicketless on the opening day of England s lone intra-squad match at the Ageas Bowl ahead of next week s first Test against the West Indies.

But after Jos Buttler s side declared on their overnight 287 for five, Bess took one for 60 in 20 overs as stand-in skipper Ben Stokes XI were bowled out for 233.

But after more than three months out of action because of the coronavirus, Bess was happy to be back bowling at all on Thursday.

“After so much time off I was a bit nervous coming back into it,” he said.

“It s been nice to feel the ball coming out nicely in my hand.”

Bess, however, was on the receiving end of a stunning shot by star all-rounder Stokes on Thursday.

“I thought I genuinely did him with one and he somehow hit me on the up over extra-cover for six,” he said.

“I was just thinking this is why he s one of the best in the world. He s absolutely nowhere near it and he still middles it for six .

“It was a good test for me and I think I bounced back strong.”

Earlier, England all-rounder Sam Curran went into self-isolation and had a test for the coronavirus after illness forced him out of the rest of the match after experiencing sickness and diarrhoea overnight.

Following medical protocols established for the bio-secure campaign, Curran remained in his room at the on-site hotel.

None of England s 30-strong training squad or coaching staff have yet tested positive for COVID-19.

England are due to name their squad for the series opener on Saturday.

They will be without captain Joe Root, who has left the squad to attend the birth of his second child, with Stokes set to lead the side in his absence.