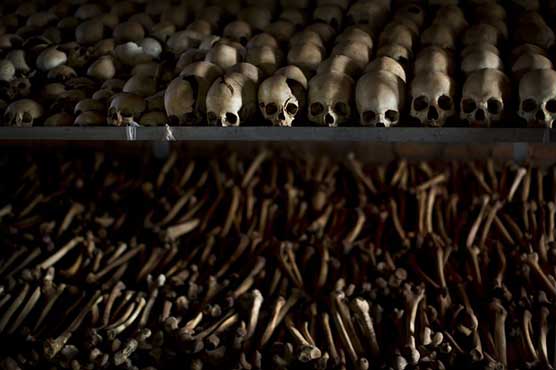 PARIS (AP) — The Paris appeals court on Friday upheld a decision to end a years-long investigation into the plane crash that sparked Rwanda’s 1994 genocide, citing lack of sufficient evidence.

The probe has damaged France-Rwanda relations for years, because it targeted several people close to current Rwandan President Paul Kagame. His supporters denounce the investigation as an attempt to exonerate France’s suspected role in the genocide.

French investigating judges decided in 2018 to drop the probe, and family members of those killed in the crash appealed the decision. The Paris appeals court on Friday upheld it, according to a court official. Lawyers for the families can further appeal the ruling to France’s highest court, the Court of Cassation.

The plane had a French crew, and Rwanda has long accused France of complicity in the genocide, which France denies. The cause of the crash has long been a contentious issue.

Relations between Rwanda and France were under strain for years after the genocide, but have improved somewhat under French President Emmanuel Macron, who created a commission tasked with investigating France’s role in Rwanda before and during the genocide.

Friday’s ruling came as one of the most wanted fugitives in Rwanda’s genocide, who was arrested in May outside Paris, is awaiting a decision on extradition.