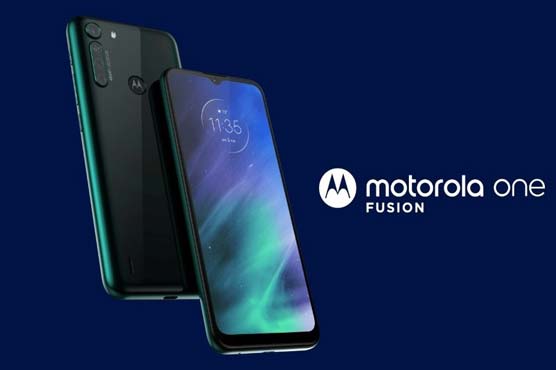 The Motorola One Fusion comes with an HD+ display that has a waterdrop notch. The screen is 6.5-inches in size and the camera inside the notch is an 8MP sensor. Under the hood is the almost two-year-old Snapdragon 710 processor and it is paired with 4GB of RAM and 64GB of expandable storage.

On the back of the phone are four rear cameras – a 48MP primary sensor, an 8MP ultrawide angle sensor, a 5MP macro camera, and a 2MP depth sensor. There is a fingerprint scanner on the back too and a dedicated Google Assistant button on the side.

The Motorola One Fusion packs a 5000mAh battery with up to two days of battery life. Sadly, there is no mention of support for fast charge. The phone runs Android 10 out of the box with My UX (Motorola’s new UI) on top.

It is already on sale in Latin America priced at $250 and comes in Emerald Green and Sapphire Blue. Motorola says it will also be sold in Saudi Arabia and the United Arab Emirates next month.