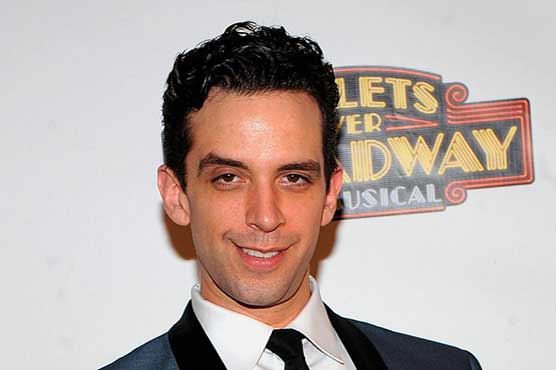 WASHINGTON (AFP) – Broadway and TV actor Nick Cordero, who spent months in intensive care being treated for the coronavirus and lost his leg from complications, died Sunday, his wife said.

“My darling husband passed away this morning. He was surrounded in love by his family, singing and praying as he gently left this earth,” Amanda Kloots wrote on Instagram.

“I am in disbelief and hurting everywhere. My heart is broken as I cannot imagine our lives without him.”

“Elvis and I will miss him in everything we do, everyday,” she added, referring to the couple’s one-year-old son.

Kloots had documented her husband’s struggle with the coronavirus on social media. She said he had battled the disease for 95 days.

After nearly three weeks in intensive care, Cordero’s doctors were forced to amputate his right leg because his blood flow had been impeded by a clot, another dangerous coronavirus complication.

Cordero had been comatose for months but regained consciousness in early May, able to move and communicate through only his eyes.

According to Kloots, he had lost 65 pounds (29 kilograms) from muscle atrophy and was still unable to move or talk by mid-June.

He had been awaiting a double lung transplant when he died.

Cordero was known for his roles in the musicals “Waitress,” “A Bronx Tale” and “Bullets Over Broadway,” for which he was nominated for a Tony award.

He had amassed fans worldwide through his wife’s chronicling of his battle with the coronavirus.