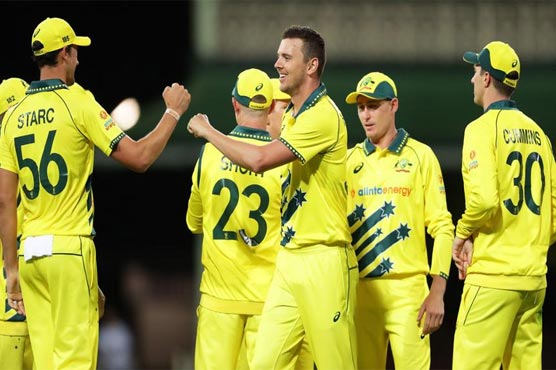 SYDNEY (Reuters) – Cricket Australia (CA) has withdrawn a gloomy revenue forecast which led to the departure of chief executive Kevin Roberts last month and threatened an ugly standoff with the players’ union.

The Australian Cricketers Association (ACA), which negotiated a revenue-share pay deal for the players in 2017, said the “reset” was “welcome and sensible” and agreed to drop its formal dispute of the projections.

“Under this reset, CA has agreed to withdraw its June 2020 notices containing its revised revenue forecast, and in its place, roll over its ‘pre-coronavirus’ April 2019 forecast,” the union said it a statement on Monday.

Despite the shutdown of sport having occurred at the end of the cricket season and Australia having been relatively successful in containing the pandemic, CA in early June forecast a drop in revenue of nearly 50% for the 2020-21 season.

The knock-on effect of this drop on grants to the powerful state bodies and player salaries triggered major discontent in the game and resulted in the ousting of Roberts last month.

Cricket Australia said in a statement on Monday that they had “agreed a way forward on Australian cricket’s response to COVID-19” with the union.

“The parties have agreed to postpone the Australian Cricket Revenue projection until such time they are better able to assess the financial impact of the pandemic and calculate a clear projection for the year ahead,” the governing body said.

“Calculating revenue projections 12 months ahead during a once-in-a-century pandemic has not been without its challenges, but we believe we have arrived at a position that provides all parties with greater certainty …”

CA said when the financial impact of the pandemic was clearer it would reassess the revenue forecast. The ACA said they were “free” to do so “should there be a material revenue event affecting cricket”.