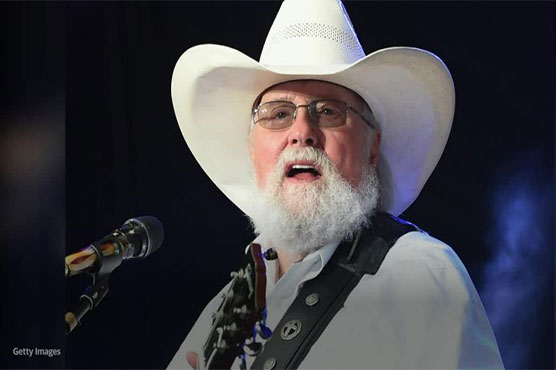 NEW YORK (AFP) – Charlie Daniels, a musical force who melded country music and southern rock, showcasing his blistering fiddle skills on hits like “The Devil Went Down to Georgia,” died Monday. He was 83 years old.

The Country Music Hall of Fame musician died following a hemorrhagic stroke in Tennessee, a statement on his website said.

Originally a session musician who worked with icons including Bob Dylan, Ringo Starr and Leonard Cohen, Daniels made his name as leader of the Charlie Daniels Band, a country-rock group that hosted the Volunteer Jam annual music festival.

An outspoken persona who waffled between patriotic and countercultural bents, Daniels intrepid attitude was on full display in his best known hit “The Devil Went Down to Georgia,” which hit number one on the country charts and jumped into the top ten pop songs.

The uptempo but growling bluegrass song recounts a fiddle player s musical duel with Satan after wagering his soul — and playing well enough to keep it — a song hearkening to historical associations tying fiddle-playing to dark arts and sin.

The rollicking hit won Daniels a Grammy in 1979.

The singer long backed veterans causes and was also a staunch supporter of the National Rifle Association.

Daniels often sounded off his opinions on his website in a section entitled “Soap Box,” with a final post celebrating the United States Independence Day on July 3.

Late last month on the site he skewered protestors marching for anti-racist causes and against police brutality, railing against the demonstrations as a “revolutionary street battle… funded and lead by socialist factions.”

“Gun sales are through the roof and America is locked and loaded to protect their families and their neighborhoods,” Daniels wrote.