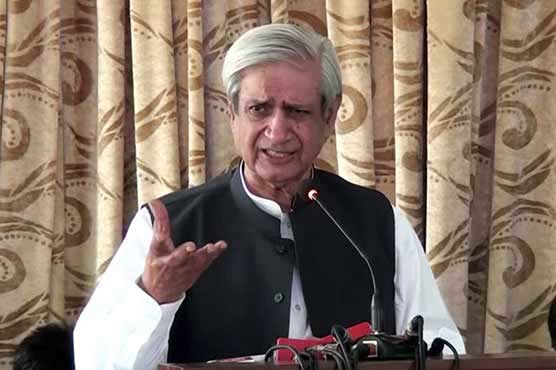 ISLAMABAD (City News) – Minister for National Food Security and Research Syed Fakhar Imam on Monday reiterated the government resolve for making Balochistan as hub of organic agriculture, particularly to produce cotton in order to bring economic stability in the country and social prosperity of the province.

While chairing the meeting on working of Federal Seed Certification and Registration Department (FSC&RD) here, he said that Balochistan was the future of organic cotton production due to its unique ecological characteristics, adding that it would help to enhance farm income particularly small scale growers to manifold.

Imam said that vibrant, pure and certified seed system was vital element for the growth and development of agriculture.

He appreciated the working of FSC&RD and said that this department will be the key to best seed system in the world.

He stressed the need for utilizing Rahim Yar Kan area for seed production as it was could fulfill about 70 % domestic need of seed.

He also called for initiating labeling and branding of Pakistani products and register them IPO.

While briefing the meeting DG FSC&RD Iftikhar Haider said that Federal Seed Certification and Registration Department is an attached department of the Ministry of National Food Security and Research.

It had 27 field offices and laboratories tacross the country and FSC&RD is a third party department with the mandate to regulate quality of seeds of various crops under the legal provisions of the Seed Act 1976, Seed (Amendment) Act, 2015 and the related rules and regulations .

He further informed that FSC&RD has started certification support to seed export.