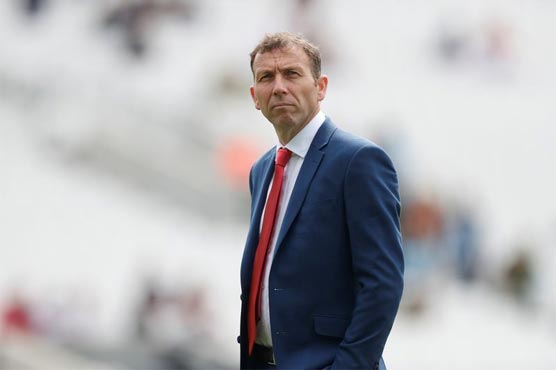 LONDON (Reuters) – The lack of Black players in county cricket is “clearly not good enough” according to former England captain Michael Atherton.

A study carried out by Leeds Beckett University this year found that there were only nine Black players competing in county cricket last season, down from 33 in 1995.

“When I started playing in the early 90s the ration was about one in 12 or one in 15,” Atherton said on the “Cricket, on the Inside” webinar in conjunction with the Lord’s Taverners and Black Opal. “Now you can count them on the fingers of two hands, maybe six or seven.

“It’s a complex issue to explain and there are all kinds of reasons impacting upon it. The bottom line is that’s it’s not good enough when you think of the amount of talent that’s lost.

Only three Black players have made their England debut since 2000 — the most recent being Jofra Archer who is in England’s squad to face the West Indies this week in the first test.

“I think the ECB have focussed on the south Asian project and maybe taken their eye off the Black community,” Atherton said. “As a game you want to spread the net as far and wide as you can and select from the maximum talent pool.

“You don’t want it to be a closed game, for the public schools, you want it to be a game for all communities, right across the spectrum. At the moment, the ECB would admit that that net is focussed too narrowly.”

Gladstone Small, who played for Warwickshire and made 17 test appearances for England, said the lack of Black players in the county game needs to be addressed.

“I’m sure the people at the ECB are doing all the schemes for the youngsters to get them involved, with the Lord’s Taverners in the inner city communities. There’s lots being done but lots more that needs to be done.”

English soccer has vowed to increase opportunities for the BAME community in coaching and managerial roles after Manchester City’s Raheem Sterling highlighted the issue.

Cricket suffers from a similar problem with only two of the 118 managers or coaches employed by counties last season being Black, according to a Daily Telegraph report.

West Indies all rounder Carlos Brathwaite, who will be commentating on the test series, said he was shocked by the small number of Black players in English county cricket.

“That’s a shocking number if 18 counties can find only nine cricketers at that level,” he told the Daily Telegraph.

The ECB has pledged to engage community leaders and Black influencers within cricket.

“In recent weeks we have reflected, and acknowledge that Black players and fans, who have contributed so much to the history of our game, now feel disenfranchised,” they said in a recent statement.

“They do not feel as if cricket is a game for them. This must change.”