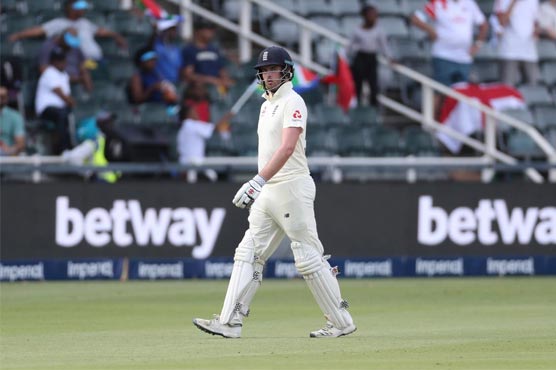 LONDON (Reuters) – A slimmed down Dom Sibley will open the batting for England in the first test against West Indies this week after admitting he needed to go on a diet during the lockdown.

Sibley, nicknamed ‘The Fridge’ by team mates, has lost 12kg since experiencing a “wake-up call” while in Sri Lanka earlier this year for the series that was aborted in March due to the coronavirus pandemic.

“Training in that heat, I saw some of the lads running after a big session and it was a bit of an eye-opener for me,” the 24-year-old, who will likely open alongside Rory Burns, told reporters from the Ageas Bowl on Monday

“I was sitting on the plane home thinking that I needed to do something.”

Sibley is averaging 40 in six tests since making his debut against New Zealand in November and be hoping to get stuck into the West Indies bowlers as he tries to nail down his spot at the top of the problematic England upper order.

The Warwickshire right-hander hopes that shedding some excess baggage will help him achieve that goal.

“For the first time in my career I felt a little bit self-conscious about my physique and my weight. I saw how fit some of the guys are, especially the senior guys, and how impressive they are in their training.

“I’ve been working hard. I don’t feel that’s it’s made much difference to my batting. People say I look different which is nice but in terms of batting it’s about doing the same thing, batting as long as I can.

“Hopefully this will allow me to do that.”