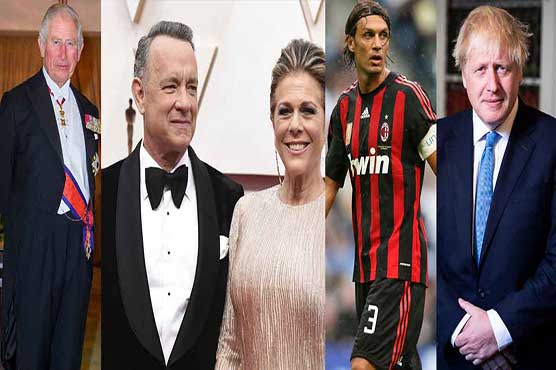 PARIS (AFP) – From world leaders and royals to sports stars and artists, and now Brazil’s far-right leader Jair Bolsonaro… the coronavirus has hit millions around the world, including the rich and famous.

Here is a roundup of high-profile figures affected by coronavirus.

Marianne Faithfull, 73, a 1960s icon and celebrated singer songwriter, was discharged from hospital on April 22, 22 days after being admitted with symptoms of coronavirus.

Britain’s Prime Minister Boris Johnson, 55, was discharged from hospital on April 12, where he spent a week, including three days in intensive care. After two weeks’ convalescence he is now back at work.

Superstar Madonna said on May 7 she had tested positive after falling ill during a tour of France.

Michel Barnier, who leads the EU’s negotiations with Britain on Brexit, announced March 19 that he had the virus and returned to work in Brussels on April 14. His British counterpart David Frost was also infected.

Britain’s Prince Charles and Prince Albert II of Monaco, who both tested positive and showed mild symptoms, have now come out of quarantine.

Oscar-winning actor Tom Hanks and his wife, actress and singer Rita Wilson, have recovered and returned home to Los Angeles after being quarantined for two weeks in Australia.

Nobel laureate and former Finnish president Martti Ahtisaari, 82, is now recovered and out of quarantine since mid-April.

British actor Idris Elba, who tested positive but was asymptomatic, announced the end of his isolation March 31.

On July 7, Brazilian President Jair Bolsonaro says he has tested positive for the virus, whose importance he has consistently played down.

Best-selling exiled Chilean writer Luis Sepulveda, 70, died on April 16 at a hospital in Spain some six weeks after testing positive.

British rapper Ty, who was nominated for the prestigious Mercury music prize, died aged 47 on May 7.

Indigenous leader Paulinho Paiakan, one of the biggest defenders of the Amazonian rain forest, died aged 65, announced on June 17.