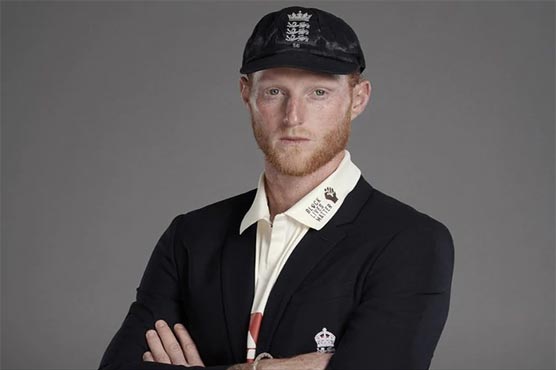 SOUTHAMPTON (AFP) – Ben Stokes is well aware he will have an extra “responsibility” when he leads England out in the first Test against the West Indies at Southampton on Wednesday, a match that marks the return of international cricket after months of coronavirus-enforced lockdown.

The pressure of captaining England for the first time, with regular skipper Joe Root missing the match to attend the birth of his second child, would have been enough to concentrate all-rounder Stokes’ mind in normal circumstances.

But the first fixture in a three-Test series has been given added significance by the pandemic.

“I know everybody has been craving this, certainly from a players’ point of view but I also think from a spectators’ and fans’ view,” said Stokes on Tuesday. “This is a massive occasion for a lot of people.”

No spectators will be allowed into the Ageas Bowl in a behind-closed-doors series that sees the other two Tests taking place at Old Trafford.

But Stokes said a lack of a crowd was no reason for England to let their standards slip.

“We know we have that responsibility on our shoulders, to go out and do justice for all those people,” he said.

“We can’t use no crowd as an excuse to not feel up for this game because we know we have hundreds of thousands of people following us and wanting us to do well back home watching us on TV.”

The Durham star added: “We’re walking out on the field to represent our country. When you have the Three Lions on your chest, you can’t feel any prouder in the sport that we play.

“You don’t lose that feeling just because there is nobody in the stands.”

Both teams are living and playing at bio-secure grounds, which have on-site hotels, while being subject to a twice-weekly testing regime and numerous social-distancing measures.

“It’s a huge blueprint for how cricket can move forward,” said Simmons, whose side quarantined and trained at Old Trafford from June 9 before travelling south.

“We’re about to show that other places can start putting things together. The England and Wales Cricket Board have to be commended for all the work they have done to get the series on the road and let’s see what other countries take from it.”

The former West Indies batsman added: “People want to see sports because it lifts people, so hopefully this is the start.”

Two pacemen from England’s 13-man squad are set to be dropped with James Anderson, Stuart Broad, Jofra Archer, Mark Wood and Chris Woakes all vying for three places in the team.

Squad rotation — England are set to play six Tests in seven weeks including three against Pakistan — should see all of them involved at some stage.

But Stokes had no desire to be the bringer of bad news ahead of Wednesday’s match.

“I’ve been dreading it for the last two or three days, telling the unfortunate guys,” he said.

“I can’t wait to give Joe the armband back for that reason, but that is leadership.”

And with this series taking place against the backdrop of the Black Lives Matter protests, it is possible that both Stokes and West Indies captain Jason Holder could lead their sides in taking a knee in support of the campaign, although that had still to be confirmed by officials late Tuesday.

Stokes’ parents are usually avid followers of their son’s progress, but now they are back in his native New Zealand they may not witness him becoming England’s 81st Test captain as the rest of the cricket world tunes in.

“My Mam is spitting bullets because they’re not showing the game back in New Zealand,” said Stokes.

“If you’re out there and you see my Mam, I would stay out of her way.”