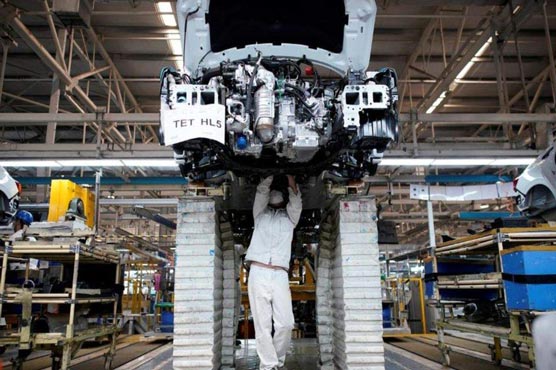 BEIJING (AFP) – China s factory-gate prices fell at a slower-than-expected rate in June, official data showed, as the country works towards recovering from the coronavirus while grappling with a heavy blow to global demand.

The producer price index (PPI) fell three percent from a year ago, according to National Bureau of Statistics data, but remains weak owing to the COVID-19 pandemic fallout.

PPI has been at four-year lows recently, shrinking 3.7 percent in May.

He said this adds to evidence that industrial demand mostly recovered by the end of the second quarter.

China is working to bounce back from a historic economic contraction in the first quarter caused by the coronavirus, which shut down much of the country.

The PPI pick-up comes as prices of international commodities saw some recovery in June, and as the domestic manufacturing industry and market demand improved, said NBS senior statistician Dong Lijuan in a statement.

Analysts polled by Bloomberg had expected PPI to fall 3.2 percent.

China s consumer price index (CPI) came in at 2.5 percent, a 0.1 point rise from May, on the back of a pick-up in food prices and in line with forecasts.

In particular, pork prices, a driving factor behind surging inflation last year, rose 81.6 percent on-year in June, a similar pace to the month before.

Dong said a slower rate of pig slaughtering, epidemic-prevention restrictions and a drop in imports had led to tighter supply of the staple meat.

Lu Ting of Nomura added that vegetable prices surged as well in June, partly driven by floods in south China.

Xing Zhaopeng, economist with ANZ Research, told AFP that PPI is unlikely to turn positive this year and there is little that Chinese policymakers can do to change that since much relies on international prices and factors.

“Many Chinese companies have revenues from overseas markets. If the US, for example, is suffering from COVID-19, I don t think their business outlook can turn positive,” he said.

Xing said whether Chinese stimulus steps will help the situation remains “debatable”, adding that lingering uncertainty will cause many companies to exercise caution in business decisions.

Moody s Analytics said in a recent report that although production activity and exports continue to recover, domestic demand remained relatively soft until May.

“While an increase in economic activity should improve employment conditions and aid consumption, we expect confidence to stabilise gradually,” said Moody s.

In early June, Beijing saw a new coronavirus cluster break out at a massive wholesale market, adding to concerns around food supplies.