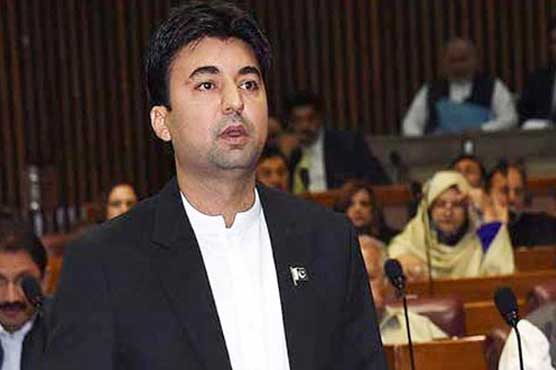 While speaking in National Assembly amid opposition’s protest, Murad Saeed said that the extortion money was being sent to Asif Ali Zardari and his sister Faryal Talpur. Uzair Baloch had confessed to police encounters, kidnappings for ransom and attacks on police station, he added.

I want to raise five questions on Uzair Baloch’s confession and ready to hear opposition for two hours after that, he said.

The PTI leader said gangwar’s commander had told that in 2008, he was made prisoners’ head by PPP in the jail. He said Karachi is the economic hub of Pakistan and it is our responsibility to talk on the issues faced by it.

Holding a press conference with Federal Minister for Information and Broadcasting Senator Shibli Faraz, Ali Zaidi claimed the report that was made public by the provincial government is different from the one provided to him.

The document which I am having is signed by officers of IB, ISI and other high-level officials. It mentions during investigation, Uzair Baloch had disclosed that Pakistan Peoples Party (PPP) leader Abdul Qadir Patel tasked him to kill Razzaq Commando. However, the report presented by Sindh government omits all these details, he added.

Ali Zaidi revealed, “The report unveiled by Sindh has 35 pages with signature of four people while the actual report has 43 pages and signature of six people.” He also criticized the concerned authroities for not covering key information like “why Uzair Baloch committed the murders? who gave the orderson? and who had benefited from them”.

Uzair Baloch’s gang used to behead rival gangsters and throw away their heads. This is not a made-up story from Mexico, this was actually happening in Karachi, he went on to say.

Everyone has seen how Karachi is being systematically destroyed by PPP. Sindh Assembly’s contribution to Pakistan has been phenomenal but PPP has devastated this biggest city with unimaginable bloodshed, he alleged.