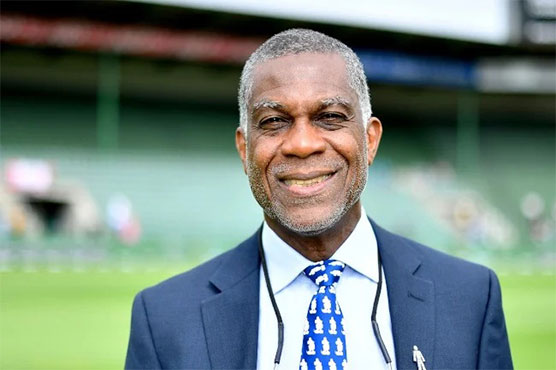 SOUTHAMPTON (AFP) – Fast bowling great Michael Holding said education was key to stamping out racism as England and the West Indies took a knee in support of the Black Lives Matter campaign before the first Test on Wednesday.

Holding, who played in the great West Indian sides of the 1970s and 1980s, recalled ugly incidents he experienced as a young Test cricketer on his visits of Australia and England.

“I never experienced any racism on the cricket field, but you are fielding down by the boundary and you hear some comments being passed.

“At that stage I just thought these people are sick .”

Before the 1976 series, then England captain Tony Grieg, a white South African by birth, infamously said he intended to make the West Indies “grovel”, a reference to their supposed tendency to falter under pressure.

A furious West Indies, with Holding leading the way, won the five-match series 3-0.

“I came to England in 76 and it started again, but myself — and most of the team — just brushed it off,” said Holding. “I told myself that I was only here for the summer and I would be going back (home) in September.”

Holding said meaningful change was needed following the death of George Floyd in police custody in the United States in May.

Global outrage at the manner of Floyd s death inspired worldwide protests under the banner of the Black Lives Matter movement.

“Education is important unless we want to continue living the life that we are living and want to continue having demonstrations every now and again and a few people saying a few things,” he explained.

“When I say education, I mean going back in history. What people need to understand is that thing stems from a long time ago, hundreds of years ago.

“The dehumanisation of the black race is where it started.”

Holding added: “People will tell you that s a long time ago, get over it .

“No, you don t get over things like that and society has not gotten over something like that.

“How do you get rid of that in society? By educating both sides — black and white.”