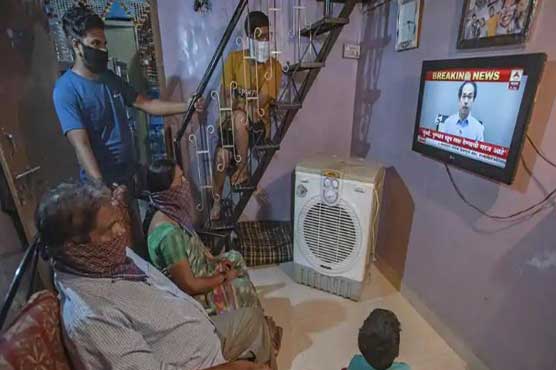 KATHMANDU (AFP) – Nepal’s cable television operators have suspended Indian news channels for “objectionable” reporting on the country’s prime minister as tensions between the neighbours rise over a border dispute.

The countries have been wrangling since India opened a new road to the disputed Lipu Lekh pass on their border in May.

The Indian channels went blank late on Thursday, days after the Zee Hindustan news channel aired a report that said a relationship between China’s ambassador and Prime Minister K.P. Sharma Oli had caused the dispute with India.

“We felt a moral responsibility to block the channels after they aired objectionable content about our country,” Max Digital TV vice chairman Dhurba Sharma told AFP.

“We request all media, including those of our neighbouring country, to not broadcast news that damages our country’s image,” he told a press briefing.

Indian army chief General M.M. Naravane sparked anger last month after suggesting Nepal’s conflict with India over their shared frontier might have been “at the behest of someone else”, hinting at China’s involvement in the dispute.

New Delhi and Beijing have been locked in their own frontier stand-off.

Both sides blamed each other for the incident and sent thousands of extra troops to the region.