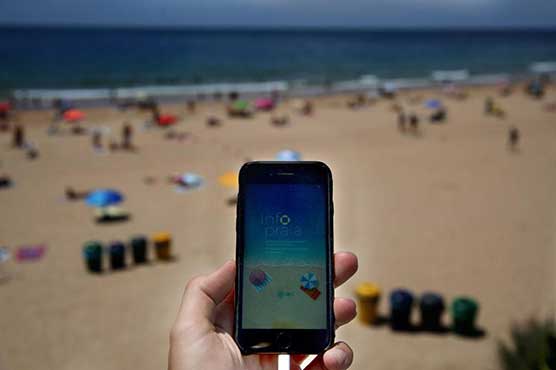 Helsingborg, strategically situated at the narrowest part of the Oresund strait and opposite the Danish town of Elsinore, is a historic city with a fortress and stunning beaches.

Named “Badplatsjakten” (The hunt for swimming spots), the app encourages sun worshippers to discover different bathing spots around the city and avoid crowding in the best-known spots.

“We have 23 beaches in Helsingborg, but only three or four of them are popular and attract a lot of people,” Kristina Magnusson, director of urban planning in Helsingborg, told AFP.

“In this time of coronavirus, we are afraid the it might spread and we want to get people out to the other 20 beaches,” she added.

On each beach a four digit code is hidden that users can enter into the app.

After gathering the codes from 10 beaches, participants win a beach bag, and after 20 they are entered into a lottery where they can win a gift card worth 250 Swedish kronor ($27 or 24 euros).

“It’s like a treasure hunt,” Magnusson said. “Everyone can play. I hope families will of course, but also elderly people.”

The competition will run until August 31.