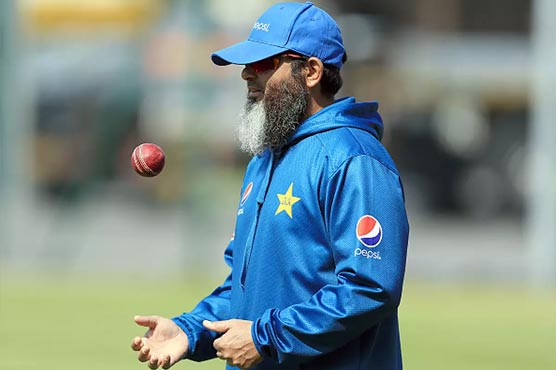 Players need to inspire each other in absence of spectators: Mushtaq Ahmed

LAHORE (APP) – Former Test wrist-spinner Mushtaq Ahmed, who is the spin bowling coach and team mentor for the England tour, is content with the Pakistan men’s national cricket team’s ongoing preparations and believes that players will need to inspire each other in the absence of spectators to bring out best results.

“This tour is being played in extraordinary circumstances,” Mushtaq said. “There are no spectators; there are hardly any journalists either to analyse the teams or the game. Players need to inspire each other, back each other and support each other to the hilt.

“I am happy with the start we have made; we are getting accustomed to the environment and conditions and still have a long time to go before the start of the series.”

Pakistan are currently quarantining in a bio-secure environment at the Worcester’s New Road Ground, where they have been preparing for the three-match Test series against England, which commences on 5 August.

During the quarantine period, the players are undergoing fitness training, net practice, fielding sessions and intra-squad matches under the supervision of a high-profile coaching staff, led by head coach Misbah-ul-Haq.

Bowling coach Waqar Younis and batting coach Younis Khan are working hard on the players in their respective domains while the reins of spin bowling coaching are in the hands Mushtaq.

The 50-year-old Mushtaq has worked around the world with leading international teams and T20 franchises in a coaching/ mentor capacity while he was also a part of the team management during the absorbing 2016 series in England, which Pakistan drew 2-2 under Misbah’s captaincy.

Mushtaq has rich experience of bowling in English conditions. He toured twice with Pakistan’s Test squad in 1992 and 1996 and bowled some match winning spells especially in the three-match 1996 series that Pakistan won 2-0.

In eight Tests in England, Mushtaq collected 32 wickets at 28.81; the 1996 series remained one of the highlights of Mushtaq’s 14-year-long international career span. He took 17 wickets in the series and was named Pakistan’s man-of-the-series, Pakistan’s wins at Lord’s and Oval were largely due to Mushtaq’s match winning spells in the second innings on the final days of both Tests.

He took five wickets for 57 runs in 38 incisive overs at Lord’s before claiming six for 78 on the fifth and final day at Oval in a 37-over spell. He was named man-of-the-match in the Oval Test.

Mushtaq also enjoyed stunning success with his county Sussex leading them to three county titles in a five-year span starting from 2003; Mushtaq took 103 wickets in 2003, 102 in 2006 and 90 in the 2007 season. Sussex were crowned county champions in these three seasons.

Mushtaq fully understands his role with the national men’s team this time around and the unique circumstances have not deterred him as he is as focused as ever.

“Despite the Covid-19 related challenges, the players have been exceptional so far,” he said. “We are trying to make them familiar with the protocols and they have responded wonderfully well. Players are coping with the new regulations with regards to shining the ball as well.

“Historically, spinners have used saliva to shine the ball now they are being taught new methods in lieu of the revised ICC rules and regulations.

“What makes me really happy is that the players and support staff are working together on team goals and objectives and I am sure in due course the players will be fully aware and ready for the new challenges as we prepare for what is expected to be a tough series against a strong English team in their own backyard.

“I am confident we have the players that can not only compete but also win the series.”