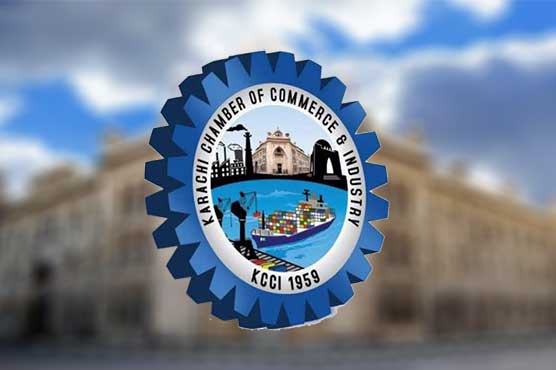 In order to overcome the ongoing electricity load shedding, SSGC has announced to carry out gas load shedding for three days to be suffered by industrial consumers, captive power plants and CNG stations which would prove detrimental for the industries who are already in deep crises and at the verge of complete collapse due to negative impact of lockdown imposed since March 2020, Siraj Teli and Agha Shahab said while terming SSGC’s load shedding as ‘sheer injustice’ and ‘conspiracy’ against the city of lights which is deliberately being plunged into darkness.

They pointed out that the government has always reiterated its resolve to provide uninterrupted electricity and gas supply to five export-oriented zero-rated sectors which hardly cover up around 1300 to 1500 industries but what about the rest of 14,500 industries, out of a total number of 16,000 industries in Karachi which continue to remain deprived as no relief has ever been given and they, despite being taxpayers, have to bear all the anguish and go through gas and electricity load shedding, exorbitant tariffs, infrastructure and other civic issues. Instead of providing relief to all the industries in the ongoing extraordinary situation, the ECC recently approved Rs2.89 per unit tariff hike in KE Bills and now the hardships would aggravate further as the business community is being compelled to face gas load shedding for three days a week which is unacceptable”, they added.

They criticized that if the government has to create so much trouble through such anti-business policies then they should formally make an announcement once and for all that all the industrialists should immediately shut down their factories forever and go somewhere else.

Siraj Teli and Agha Shahab said that it is highly unfair to take away gas from industries at a very critical stage and transfer it to KE which would further worsen the already ailing economy by giving a deathblow to industries.

Referring to KE’s agreement with the government, they said that this agreement contained many flaws and also gives freedom to KE to enjoy the monopoly all over Karachi, which needs to be rectified. Either Shanghai Electric assumes control or KE’s existing possessors stay in control in future, the current agreement has to be redrafted and the new agreement must address all the flaws and put an end to KE’s monopoly.

They further stated that the Karachi Chamber has always been vocally raising its voice against the injustices being done to Karachi which, despite so many odds and challenges, continues to contribute more than 70 percent revenue to the national exchequer and it has always been the most important city and the hub of all the financial, commercial and industrial activities for the entire sub-continent even before the partition during British era. “Quaid-e-Azam Muhammad Ali Jinnah always highlighted the significance of Karachi and laid special emphasis on promoting Karachi’s trade and commercial activities but unfortunately, none of the governments from time to time have paid any attention to the prudent advice given even by the father of the nation. The magnificent history and the vital role of Karachi has never been taken into consideration and the city, to date, remains deprived and is being neglected that has led to terribly sabotaging the business environment and the standard of living”, they added.

Chairman BMG and President KCCI said Karachi is being punished as we vocally raise voice for the rights of this city. Karachi Chamber has always suggested measures in the larger interest of the country so that the economy could come out of crises and the wheels of the industries could also keep on spinning without any interruption but unfortunately all these suggestions have not been taken into consideration that led to intensifying instead of easing the crises.”

They opined that the industries have been compelled to stay tangled in dealing with gas, electricity, infrastructure and other issues instead of exploring ways and means for trade expansion which is beyond our imagination. The gas and electricity crises if not addressed prudently would result in triggering social disorder hence the government must intervene to foil the anti-economy and anti-business agenda.

They urged Prime Minister Imran Khan, Federal Minister for Energy Omar Ayub Khan, Governor Sindh Imran Ismail and PM Advisors to realize the miseries and hardships being suffered by the business & industrial community and order SSGC to immediately withdraw its gas load shedding schedule and ensure uninterrupted gas supply to industries while KE’s additional gas requirement should be fulfilled either from RLNG or any other means.

US unveils tariffs on France over tech tax but delays collection