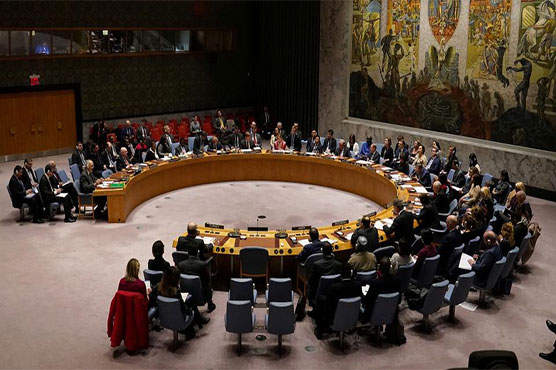 UNITED NATIONS (AFP) – The UN Security Council failed to find a consensus on prolonging cross-border humanitarian aid to Syria on Friday after Russia and China vetoed an extension and members rejected a counter proposal by Moscow.

After Moscow and Beijing wielded vetoes for a second time this week, only three countries joined Russia in backing its proposal to cut the number of aid transit points from two to one.

China supported Russia, but seven countries including the United States, Britain, France, Germany and Belgium voted against, with four abstentions.

An attempt by Russia to pass a similar resolution also failed earlier this week.

Authorization for the transport of aid to war-torn Syria, which has existed since 2014, expires later Friday.

Stopping cross-border aid would be “a devastating blow to the millions of Syrian families who rely on this aid for clean water, food, health care and shelter,” warned the NGO Oxfam.

Thirteen countries voted in favor of an earlier German-Belgian draft, but Moscow and Beijing opposed the extension because they favor a more limited proposal.

European countries and the US want the maintenance of two crossing points on the Turkish border — at Bab al-Salam, which leads to the Aleppo region, and Bab al-Hawa, which serves the Idlib region.

The UN authorization allows the body to distribute aid to displaced Syrians without needing permission from Damascus.

Russia and China argue that the UN authorization violates Syria s sovereignty, and that aid can increasingly be channeled through Syrian authorities.

The latest proposal by Russia, which claims to want continued aid for the insurgent Idlib region, would have kept only the Bab al-Hawa access point open, and for one year.

Moscow claims that more than 85 percent of current aid goes through Bab al-Hawa and that the Bab al-Salam entry point can therefore be closed.

Western countries oppose it, with the US having described two entry points as “a red line.”

In January, Moscow, Syria s closest ally, succeeded in having the crossing points reduced from four to two and in limiting the authorization to six months instead of a year.

A new proposal by Germany and Belgium maintains the crossing point of Bab al-Hawa for one year and that of Bab al-Salam for only three months, diplomats said.

It is unclear whether this will be voted on.

According to Washington s ambassador to the UN Kelly Craft, keeping only one border crossing open would cut off 1.3 million people living north of Aleppo from humanitarian aid.

Another diplomat noted that “if the authorization is renewed a few days late, it is not the absolute end of the world. It suspends the convoys for a few days, it does not put them in danger.”

For the UN, keeping as many entry points open as possible is crucial, particularly given the risk of the coronavirus pandemic, which is spreading in the region.

In a report in June, UN Secretary-General Antonio Guterres called for a one-year extension of the aid to include the two current access points.

When asked Thursday if the UN would be satisfied with a single entry point into Syria, body spokesman Stephane Dujarric said: “We need more aid to go through the border. We do not need less to go through.”

David Miliband, president of the International Rescue Committee, called it a “dark day” for Syrian civilians and the UN.

He added it “defies logic or humanity to dismantle a system designed to bring life-saving aid to Syrians in the form of food, health supplies, vaccines, and now critical COVID-19 provisions.”

Weekly report: Rupee depreciates in interbank, gold up by Rs4100