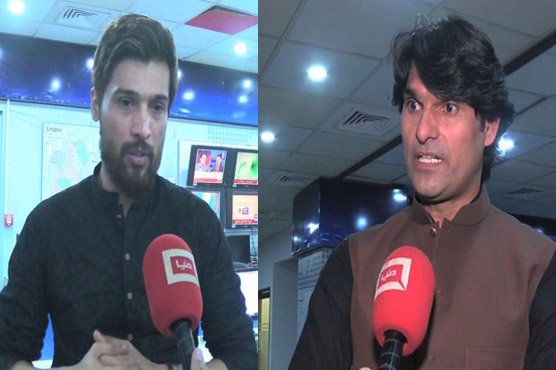 LAHORE (City News) – Mohammad Amir and Irfan have expressed hope that green shirts will give fine performances during the England Tour.

Exclusively talking to Dunya News, Amir said that is a good thing that team travelled to England a month before the series and now they are playing practice matches. He added that many players are used to playing conditions of UK and several players including Asad, Yasir and Abbas have played world cup matches there.

Amir further said that Abbas is an experienced bowler in English conditions and his experience will be useful as he has also played county cricket in the country.

On the occasion, Muhammad Irfan said that it is not an easy task to challenge England’s team in their home ground; however, Pakistan performed really well during its past tours to the country.

He also praised PCB’s decision to send team months before the series to get them to get comfortable with the conditions of the country.

He also cautioned fast bowlers about difficulties for them because of SOPs which have banned use of saliva.