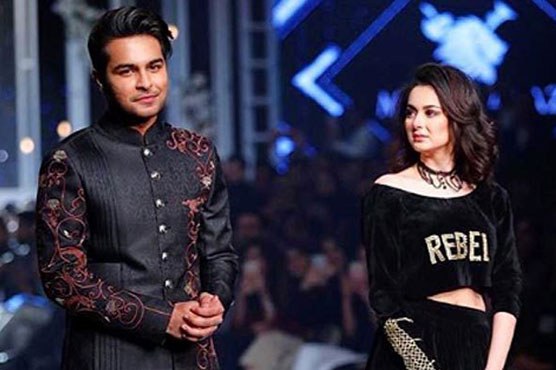 LAHORE (City News) – Actress Hania Aamir has revealed that she and Asim Azhar are just friends and they are not in a relationship. She said this during a livestream with real life friend and singer Aima Baig.

Her statement quickly became a twitter top trend and the video clip went viral on social media. On being asked by a viewer about her relationship with Asim, Hania said that “we’re friends, we’re not together, we’re not dating, we’re not a couple. But we are best friends.”

She said that both of them are great friends, who are always there for each other and who help each other out. “But, as far as relationships go, I’m not with anyone”, Hania said.