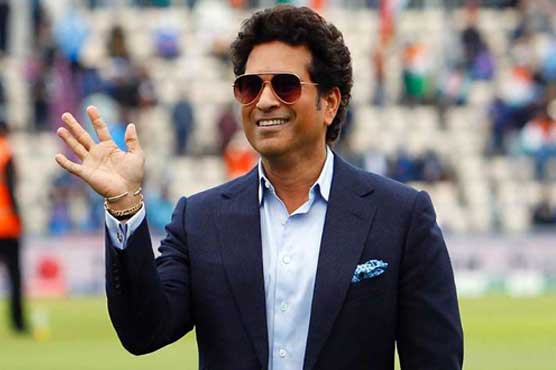 Tendulkar, a long-standing critic of the decision review system (DRS), returned to the fray after multiple LBW calls in the West Indies’ victory over England in the first Test.

If a ball-tracking playback shows that less than 50 percent of a ball would hit the stumps then the umpire has the discretion to reject a leg-before-wicket appeal.

If an umpire rules a batsman not out and the fielding side calls for a review, 50 per cent of the ball must be hitting the stumps for the third umpire to overturn the on-field call.

Tendulkar feels this is unfair and wants the International Cricket Council to rethink the system.

“One thing I don’t agree with, with the ICC, is the DRS they’ve been using for quite some time,” Tendulkar said in an online conversation with West Indies legend Brian Lara.

The former India captain said the playback should trump the umpire no matter how much of the ball would hit the wickets.

“The only reason they (the batsman or the bowler) have gone upstairs is because they are unhappy with the on-field decision,” said Tendulkar.

“So when the decision goes to the third umpire, let the technology take over; just like in tennis — it’s either in or out, there’s nothing in between.”

India was the last Test nation to embrace DRS, in 2016. It was rumoured that Tendulkar had led opposition to the technology until his retirement in 2013.