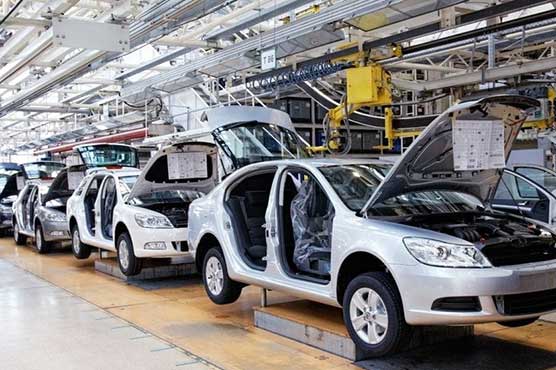 ISLAMABAD (City News) – The auto and auto parts manufacturers have asked the Federal Board of Revenue (FBR) not to force companies to submit their data again and again as it will only hurt ease of doing business in the country.

Director General Abdul Waheed Khan while conveying the response of PAMA members to the chairman FBR stated that the procedures specified in the SRO-615(1)/2020 are not workable since the data required in Division-III is already part of FBR s record.

“Auto sector is a 100% documented sector, hence forcing companies to submit the data again and again will only add to bureaucratic hurdles for the businesses.

“PAMA has always supported government s efforts towards documentation of economy but such rules only hurt ease of doing business in the country,” stated the letter.

DG PAMA further stated that PAMA members are monitored by a number of government bodies including EDB and FBR at various stages, hence their complete record is already available with the government.

He suggested few changes to the FBR to make the SRO-615(1)/2020 workable and to facilitate local manufacturers.

The first suggestion is that exemption certificates allowed previously under 72(B) should be proposed in SRO-615(1)/2020.

“In Division-II, a high-level committee has been formed to examine applications. We suggest including a time frame for action on each step so that uncertainty and unwilling delays on applications may be avoided,” suggested PAMA.

Also, he added, in Division-III the cumbersome requirement of documentation proposed in Rule 40(E) should be removed as all the required data is already a part of FBR s record and such details may only be required from newly established companies.

Similarly, he added, the work of committee formed under Division-III should be delegated so that the amount of work can be managed efficiently in minimum possible time.

Moreover, he added, the procedure of consideration for lower tax under Division-III is a yearly requirement, so rules should be developed to allow revalidation each year on automatic route.

Meanwhile, Chairman Paapam M. Akram stated in his letter that their association is duly governed by SRO-655(l)/2006 under strict regulations/controls exercised by EDB, MoI&P, and WeBoc under the aegis of Auto Industry Development Plan (AIDP).

“We humbly submit that the entire procedure of verification laid down in the said SRO is already being strictly implemented by EDB for all auto parts manufacturers.

“And complete verification of their consumptions are carried out and records maintained by them (including synchronizing with Automotive Assembler s productions), in line with the processes laid down in the proposed SRO-6l5,” stated the letter.

Hence, he added, the association requests that another part should be introduced in the said SRO exclusively for listing automotive sector materials imported under SRO-655 (attracting tax u/s at one or two percent) to avoid duplication of efforts at FBR.

He added that the entire records of imports under SRO-655 are available with EDB and they can directly arrange necessary compliances for FBR, in respect of each and every importer.

“It is therefore requested that imports under SRO-655 should be exempted from compliance of the processes laid down in SRO-615 on the condition that EDB will directly submit all necessary compliances to FBR (through IOR, WEBOC or any reports necessary in this regard),” stated Akram.