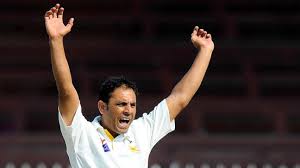 The spinner was among the third group of cricketers who flew to England on July 8 to join the national squad after testing negative for the pandemic twice in Pakistan.

The group was retested in England where Kashif Bhatti’s result came positive. It is pertinent here to mention that the COVID-19 test of the left-armer, which was conducted for airline travel, had also come negative.

The Pakistan Cricket Board (PCB) has contacted the England and Wales Cricket Board (ECB) for further details. It has been learnt that Kashif Bhatti will be able to join the national team only after being tested negative following his isolation period.

According to the series protocols, the bio-secure conditions in England are under the ECB’s control which will decide the next plan of action.

‘We are all black,’ Hashim Amla shares why BLM campaign has relevance for all