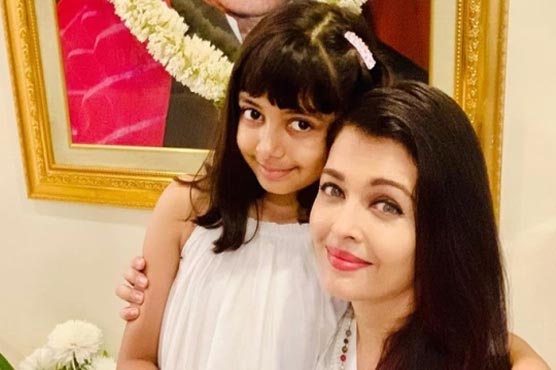 MUMBAI (AFP) – Bollywood star and former Miss World Aishwarya Rai Bachchan has been moved to a Mumbai hospital along with her eight-year-old daughter, nearly a week after they were revealed to have the coronavirus, media reports said.

Her actor husband Abhishek Bachchan and superstar father-in-law Amitabh Bachchan are already in the same hospital, the highest-profile personalities to have been infected in India, which has now recorded more than one million cases in the pandemic.

Aishwarya Bachchan, a former beauty queen who went on to become one of India s top actors, and her daughter Aaradhya were revealed on Sunday to be suffering from the coronavirus.

They had been in self-quarantine at home but the Times of India newspaper said they were moved to the Nanavati Hospital on Friday after complaining of “breathlessness”.

“They are fine,” a hospital source told Press Trust of India news agency.

Amitabh Bachchan, 77, and his son Abhishek, 44, are in the hospital s isolation ward. When they entered hospital their cases were described as “mild”.

No health update has been given since but Amitabh has been regularly issuing Twitter messages.

“In happy times, in times of illness, you our near and dear, our well wishers, our fans have ever given us unstinting love,” he said Friday.

Aishwarya Bachchan won the Miss World Crown in 1994 and has since become one of the most famous faces in Bollywood. She has been a regular on the red carpet at the Cannes Film Festival and married Abhishek Bachchan in 2007.

The elder Bachchan, idolised in India and affectionately known as “Big B” — has a more than four-decade-long career in the film industry.

He was voted “actor of the millennium” in a BBC online poll in 1999 and became the first Indian actor to gain a lookalike at London s Madame Tussauds waxworks museum.

City authorities said India s financial and film capital has now seen nearly 100,000 cases, with more than 1,200 new patients being reported each day. More than 5,582 people in the city have died.

Nationally, the country of 1.3 billion people has reported 26,000 dead.