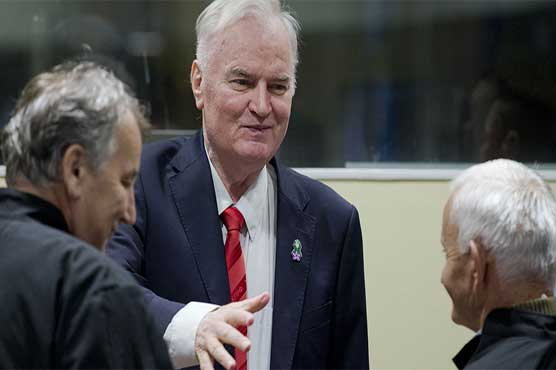 THE HAGUE (AFP) – Judges in The Hague will hold a delayed appeals hearing in August for Bosnian Serb military chief Ratko Mladic, sentenced to life imprisonment for genocide over the Srebrenica massacre, the UN said Friday.

The hearing was initially scheduled for March and then June but was repeatedly delayed after Mladic, 77, underwent an operation doctors said was to remove a benign polyp from his colon.

The International Residual Mechanism for Criminal Tribunal (IRMCT) said the hearing will now take place on August 25 and 26.

Mladic, once dubbed the Butcher of Bosnia, was sentenced to life behind bars in 2017 for war crimes, crimes against humanity and genocide for his role in the bloody civil war in the 1990s.

This included for genocide committed by his Bosnian Serb forces in the small eastern Bosnian town of Srebrenica in mid-1995, Europe s worst bloodshed since World War II, where some 8,000 Muslim men and boys were killed.

About 100,000 people were killed and 2.2 million others displaced in the 1992-95 Bosnian war, which erupted as communal rivalries tore Yugoslavia apart after the fall of communism.

Judges at the court, which took over the duties of the International Criminal Tribunal for Yugoslavia after it wrapped up in 2017, said Mladic could be physically present in the courtroom or attend via videolink.

The defence will speak first on August 25 followed by the prosecution.

Mladic will himself be allowed to speak on August 26 for 10 minutes, the court said.

Mladic had to be dragged out of the court in 2017 after an outburst in which he accused the judges of lying, when they refused to adjourn his judgment hearing because of his high blood pressure.

Milosevic died in his cell in The Hague in March 2006, suffering a heart attack before his trial had finished.

Karadzic was convicted of genocide in 2016 for the Srebrenica massacre and other atrocities during the war and sentenced to 40 years.

After an appeal, judges increased his sentence to life, saying the initial term had underestimated the “sheer scale and systematic cruelty” of his crimes.