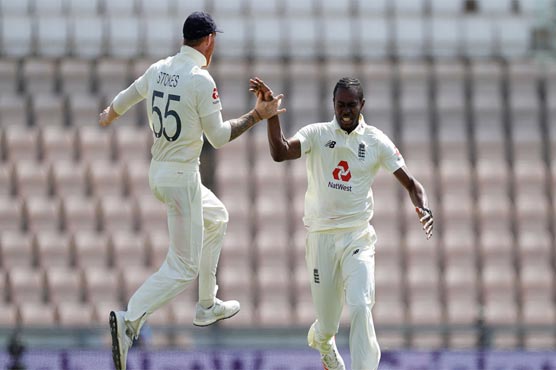 MANCHESTER (Reuters) – England vice-captain Ben Stokes said the team would be there to support fast bowler Jofra Archer after he was excluded from this week’s second test against West Indies for breaching bio-secure protocols.

Archer was left out on Thursday morning after breaking the rules by going to his flat in Brighton following the series opener in Southampton last week.

England and Wales Cricket Board (ECB) director of cricket Ashley Giles said Archer’s mistake could have cost “tens of millions” of pounds but Stokes rallied behind him.

“We really need to be there to support Jofra right now,” Stokes who scored a magnificent 176 in England’s 469-9 declared to put his side in charge on day two, told reporters.

“Obviously he’s a big talking point and he is by himself because of everything else going on at the moment.

“It’s making sure that it doesn’t feel like he’s by himself. The worst thing we could do right now as a team is just leave him and see him in five or six days’ time.”

Stokes has had his share of off-field problems and said it was important the team stood together.

“It’s all good being there for people when things are going well and smoothly but what really comes through is how you operate with someone when they need you the most,” he said.

“At times like this people are very, very tough and you can feel like you are all by yourself, but I don’t think anybody is going to allow that to happen.”

The series, the first in international cricket since the onset of the new coronavirus pandemic, is being played without fans and under strict health protocols.

Archer, who has apologised, will need five days of isolation and must undergo two COVID-19 tests.