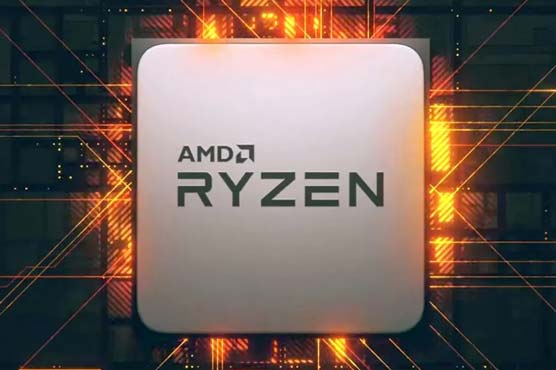 (Web Desk) – AMD’s desktop APUs lagged behind the mobile offerings and were still using Zen+ cores. That is changing as of today with the announcement of the Ryzen 4000G series, which upgrade to the 7 nm Zen 2 chiplets that we’ve seen in the new mobile APUs.

The CPUs range from quad-core setups to octa-core, all with hyper threading. Note that for each Ryzen 4000G APU there is a “GE” version that has a 35 W TDP instead of 65 W (at the cost of reduced base and turbo clock speeds, of course).

The new Radeon GPU is much faster than the basic Intel offerings too, up to 202% than the UHD Graphics 630 inside the i7-9700 (based on 3DMark Time Spy). Compared to the 3400G, however, GPU performance is up only 6%.
Like their mobile counterparts, these APUs have eight PCIe 3.0 lanes.

There’s some bad news, however – you can’t actually go to a store and buy a 4000G APU. Instead, they will be available in pre-built systems from OEMs like Dell and HP. AMD is planning on a straight-to-consumer launch “soon”, those APUs will work on 500-series motherboards. There’s no word on pricing yet.

The 4000G series is also getting Pro versions. These are aimed at businesses as they offer memory encryption, OS image stability over 18 months, guaranteed availability for 24 months and stricter QA.

Zen+ is not dead yet, it’s used in cheap Athlon APUs. Well, they should be cheap anyway, like the Ryzens they will be available in OEM builds only.