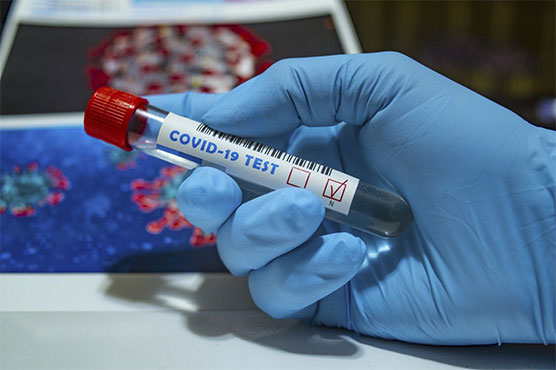 PARIS (Agencies) – Coronavirus has now infected over 15 million people across the world and killed over 616,000, according to a tally by Worldometer. The tally shows that over 9 million have recovered.

The top five countries with the highest number of infections are US, Brazil, India, Russia and South Africa.

Pandemic showing no signs of slowing down in Americas

The novel coronavirus pandemic is showing “no signs of slowing down” in the Americas, the Pan American Health Organization s director Carissa Etienne said in a virtual meeting in Washington, with the virus landing in Guianese shield countries on the continent s northeastern coast and surges in Bolivia, Ecuador, Colombia and Peru.

Some Central American nations were seeing their highest weekly increase of cases since the virus landed, and that because of the high burden of infectious diseases and chronic conditions in the Americas, three out of 10 people – 325 million – were at “increased risk” of developing complications from Covid- 19, Etienne added.

She highlighted 900,000 new cases and nearly 22,000 deaths reported in the region over the past week, most of them in Brazil, Mexico and the US.

Over 1,000 people in Turkey won the battle with the virus in the past day, bringing the total number of recoveries to 204,011, according to the country s Health Minister Fahrettin Koca said.

Citing data, Koca also said the country s death toll from the disease rose to 5,526, with 18 new fatalities reported over the last day.

The Nobel Foundation, which manages the Nobel Prizes, cancelled its traditional December banquet because of the coronavirus pandemic and said the award ceremonies would be held in “new forms”.

This is the first time since 1956 that the lavish banquet has been cancelled, according to the foundation.

The event traditionally marks the end of the so-called Nobel Week, when the year s prize-winners are invited to Swedish capital Stockholm for talks and the award ceremony.

No certainty Oxford will rollout vaccine in 2020

The University of Oxford s possible Covid-19 vaccine could be rolled out by the end of the year but there is no certainty, the lead developer of the vaccine has said.

The experimental vaccine, which has been licensed to AstraZeneca, produced an immune response in early-stage clinical trials, data showed on Monday, preserving hopes it could be in use by the end of 2020.

Sarah Gilbert told BBC Radio that the vaccine needed to be shown to work in late-stage trials, large quantities needed to be manufactured and regulators had to agree quickly to license it for emergency use before large numbers of people could be vaccinated.

Iran has seen a record 229 deaths from the new coronavirus in the past 24 hours, health ministry figures showed.

Iran, the Middle East country hardest hit by the pandemic, began relaxing its lockdown in mid-April.

Nucleic acid tests must be completed within five days of embarkation, the Civil Aviation Administration of China said on its website.

Tests should be conducted at facilities designated or recognised by Chinese embassies in host countries, it said.

The embassies will carefully assess the testing capacity of host countries and formulate travel procedures when testing conditions are met, CAAC said.

The coronavirus pandemic could jeopardise the progress made by women over the last three decades in narrowing the economic gap between themselves and their male counterparts, the IMF said.

The health crisis, which will lead to a 4.9 percent contraction in global GDP, affects women more than men because they hold more jobs in the hardest-hit sectors, such as the service industry, retail, and hotels.

In the US, about 54 percent of women work in sectors where they cannot telework.

In Brazil, 67 percent of women are unable to work remotely.

India’s top medical research body, the Indian Council for Medical Research, has asked states to add more labs and increase testing capacity of the approved labs. A country of 1.4 billion people, India has been conducting nearly 10,000 tests per million population.

European leaders agreed on a massive aid package for their pandemic-ravaged economies.

After a fractious summit, European leaders agreed on a rescue package of $858 billion (750 billion euros) to try and pull their bloc out of a deep recession.

The government has said the real number of infected people is likely significantly higher than the confirmed cases.