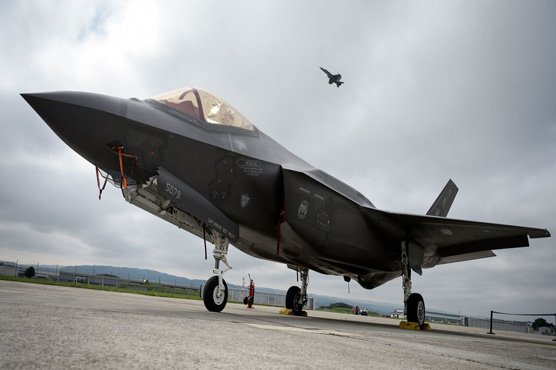 WASHINGTON (Reuters) – James Taiclet, the new chief executive at Lockheed Martin the Pentagon’s largest weapons supplier, is keen to use 5G networks to bolster the militaries’ autonomous capabilities, he told Reuters in an interview following the company’s earnings announcement on Tuesday.

Lockheed raised its full-year profit and revenue forecasts on Tuesday as the U.S. weapons supplier overcame coronavirus-driven supply disruptions in its aeronautics unit that makes the F-35 fighter jet.

The new CEO of the jet and missile maker told Reuters in his first interview since taking the job, “in some ways the military application of 5G is simpler than the commercial application,” he said.

He envisions a future where half to three-quarters of military vehicles are autonomous, and a robust 5G network is the backbone of that fleet.

“We’re trying to make the programs and platforms better, and make them distinctively better versus our peer group by getting out in front of the networking side of this much more quickly,” he said.

During a post earnings conference call with investors Taiclet gave the networking plan a name: “I’ve got an idea called 5G.mil that we’re going to try to figure out.”

Taiclet was head of American Tower Corp, a real estate investment trust that leases out cell tower space to communications companies. He became CEO of Lockheed in June. He was previously on its board of directors.

He succeeded Marillyn Hewson, who held the top position at Lockheed for six years. She is now executive chairman of the board.

During his time at American Tower, the mobile communications industry grew and American Tower expanded its footprint both domestically and internationally through organic growth as well as acquisitions.

On the call with investors, Taiclet said he could explore acquisitions during an economic downturn.

Nvidia partners with University of Florida to build AI supercomputer