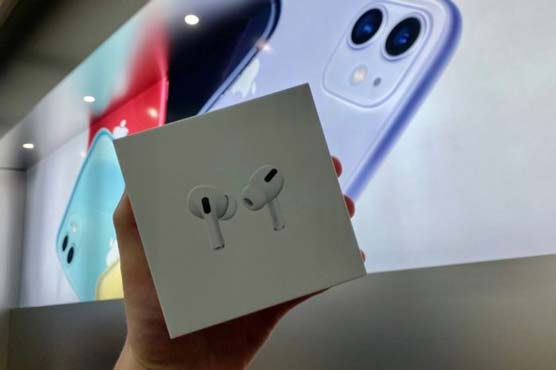 (Web Desk) – Apple has been said to be developing the next generation of AirPods Pro for a while now and a new report now suggests they could arrive as soon as 2021.

The report claims Apple could upgrade its noise-canceling pair of true wireless earbuds sometime in the second half of next year. While this corroborates the prediction that the second-gen AirPods Pro are in the works, they don’t exactly match the timeline. The next AirPods Pro are expected to enter mass production between the fourth quarter of 2021 and the first quarter of 2022 — which likely means Apple won’t launch them before late next year.

The next line of AirPods will come equipped with light sensors for enabling a range of health-focused abilities. Without specifically mentioning any model, the report goes on to say that Apple will begin including these new sensors in the next year or two and that they’ll be capable of letting the AirPods keep track of your heart rate, step counts, head movements, and more.

While there’s still a lot of speculation around the second-gen AirPods’ Pro launch period, the predicted timelines for the third-gen AirPods are similar. Apple is expected to upgrade the base AirPods in the first half of 2021. Other than that, the only tidbit we know about them so far is that they’ll probably feature a form factor and design “similar to AirPods Pro.”

In the next year, Apple is also believed to add over-the-ear headphones to its growing line of audio accessories. Likely called AirPods Studio, they’ll reportedly offer all the trappings you’d find on high-end headphones today such as active noise cancellation and a transparency mode whenever you’d like to hear what’s going on around you.

In addition, the headphones are said to be highly customizable with swappable head padding and ear pads. Similar to the AirPods, they’ll be also able to detect when you take them off to automatically pause the playback or vice versa. The AirPods Studio are slated to launch sometime later this year at a premium $349 price.