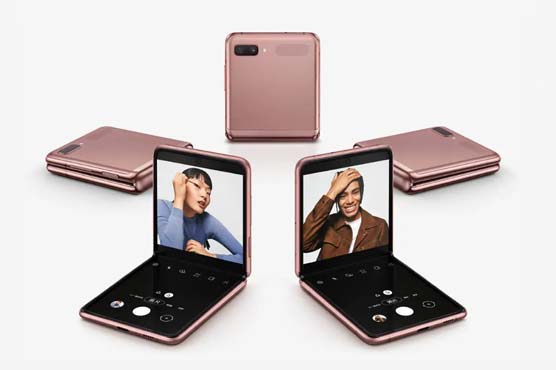 The Galaxy Z Flip 5G is a more powerful version of Samsung’s beloved vertically folding smartphone. Not only does it bring 5G support but it also replaces the Snapdragon 855+ Mobile Platform with the new Snapdragon 865 Plus. It brings these new features for $1449.99 (¥12,499 in China), $70 more than the price of the 4G version that launched last year. We don’t need to tell you which one to buy.

While the rest of the spec sheet remains unchanged, there have been some minor software upgrades. Flex Mode should work better now and the Edge Panel has new features.

The phone comes in Mystic Gray and Mystic Bronze. The phone will go on sale on August 7 and will be sold by AT&T and T-Mobile in the US while unlocked versions can be bought on Samsung’s own website as well as on Amazon, and Best Buy.

The Galaxy Z Flip 5G has a 6.7-inch foldable AMOLED screen with a 1080 x 2636 resolution. It comes with 8GB of RAM and 256GB of UFS 3.0 storage. There is a 10MP camera inside the notch while the back of the phone is home to dual 12MP sensors. It also has a side-mounted fingerprint scanner, a 3300mAh battery, and support for 15W fast charging and wireless charging.