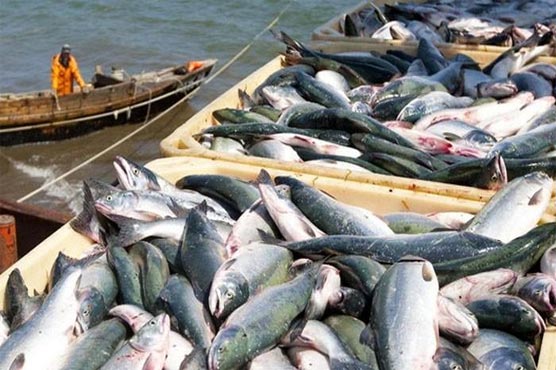 ISLAMABAD (APP) – The exports of fish and fish preparations during the month of June 2020 increased by 9.98 percent as compared to the exports of same month of last year.

The fish exports during June 2020 were recorded at $33.234 million against the exports of $32.136 million in June 2019, according to the latest data of Pakistan Bureau of Statistics (PBS).

Meanwhile, on month-on-month basis, the fish exports from the country increased by 17.08 percent in June when compared to the exports of $28.386 million in May 2020.

During the fiscal year 2019-20, the overall exports of fish and fish preparations from the country declined by 7.32 percent as compared to the exports of the corresponding period of last year.

It is pertinent to mention here that the country’s overall merchandise trade deficit witnessed significant reduction during the fiscal year 2019-20 and declined by 27.11% as compared to the previous year.