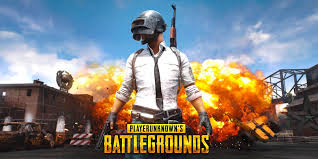 The Pakistan Telecommunication Authority (PTA) had on July 1 temporarily suspended the game, saying it had received several complaints about the game being “addictive”, a waste of time and its potential negative impact on children’s physical and psychological health.

The move was challenged by PUBG’s controlling company in Pakistan on July 4.

Decision on the petition was reserved on July 14 after hearing arguments from both sides.

During the hearing, Justice Amir Farooq had remarked that the PTA should have consulted psychologists on the issue of potential psychological hazards of the game. He also wondered under which law the game was suspended.

The counsel for PTA argued that the game was suspended due to some in-game explicit scenes and anti-Islamic material.

Few hours before the IHC’s decision, PTA had announced that Players’ Unknown Battle Ground (PUBG) will remain blocked in Pakistan. PTA stated it reached the decision to keep the game banned after a detailed hearing conducted at the PTA premises on July 9 on the directions of the Lahore High Court.

The said the hearing was attended by other interested parties also.

The PTA also stated that it approached the PUBG management to share data about PUBG sessions and users in Pakistan and controls in place by the company. The response from PUBG is awaited, it said.

ACTION AGAINST OTHER APPS

Earlier on Monday, Pakistan’s telecommunications regulator issued a final warning to short-form video app TikTok on over explicit content posted on the platform, while live streaming app Bigo Live was blocked for the same reason.

TikTok, owned by China-based ByteDance, is facing problems around the world – including Australia, India and the United States – due to security and privacy issues.

Pakistan Telecommunication Authority (PTA) said it had sent TikTok and Bigo Live notices to moderate content after receiving complaints, but their response was unsatisfactory.

“PTA has decided to immediately block Bigo and issue final warning to TikTok to put in place a comprehensive mechanism to control obscenity, vulgarity and immorality through its social media application,” its statement said.

In an emailed statement to Reuters, TikTok said it was committed to increasing dialogue with authorities to explain policies and demonstrate commitment to user security.

TikTok said it removed more than 3.7 million “violating user videos” from Pakistan in the second half of 2019: more than 98% before a user reported them and more than 89% before they had a single view.

Singapore-based BIGO Technology, which owns Bigo Live, did not immediately respond to a request for comment.