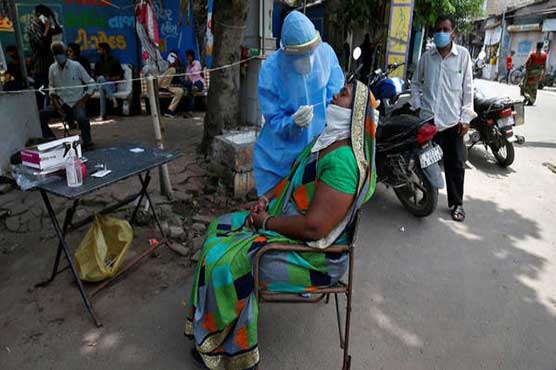 The death toll is the sixth-biggest behind the US, Brazil, Britain, Mexico and Italy, according to an AFP tally. It has the third-highest caseload with almost 1.3 million infections.

In the past 24 hours the country recorded 740 new deaths from the virus and 49,310 fresh infections, according to the health ministry.

But many experts say that with testing levels low, the extent of the pandemic across the world’s second-most populous country may be far worse than officially reported.

A antibody study commissioned by the government showed this week that almost a quarter of people in the capital New Delhi have had the virus — almost 40 times the official number.

Prime Minister Narendra Modi’s government imposed one of the world’s strictest lockdowns in late March, but it has been steadily eased to lessen the devastating economic impact of the pandemic.

State governments have brought in fresh restrictions as cases soar in Bangalore and away from the big cities in Bihar, West Bengal, Kashmir and parts of Tamil Nadu.

Southern Kerala state, earlier hailed as a success story and which has already imposed partial restrictions, may decide on Monday to impose a full statewide lockdown, reports said.

China orders closure of US consulate in Chengdu