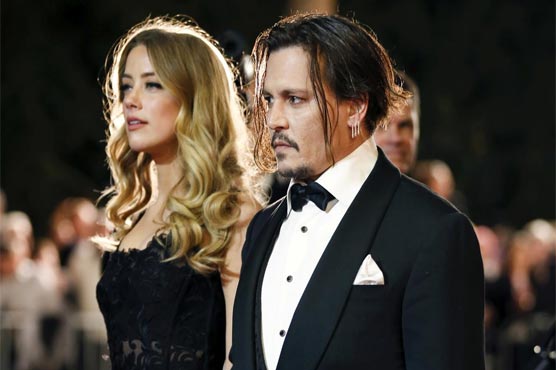 (Reuters) – Johnny Depp and Amber Heard were married for just 15 months but their stormy relationship has been laid bare at a London trial where Depp is seeking to prove he was defamed in a 2018 British newspaper article that termed him a “wife-beater.”

Following are key facts about the romance that blossomed and turned sour for the stars of “Pirates of the Caribbean” and “Aquaman.”

2009 – Depp and Heard meet on the set of “The Rum Diary,” where they play each other’s love interest.

2010 – Heard, who is in a relationship with artist Tasya van Ree, publicly comes out as bisexual.

2010 – Depp is ranked by Forbes.com as Hollywood’s highest paid actor with an estimated $75 million earnings for the year largely due to his role in the “Pirates of the Caribbean” franchise.

2012 – Depp splits with his partner of 14 years, French actress Vanessa Paradis. Depp was previously engaged to Winona Ryder. After their split in 1993, he changed a tattoo from Winona Forever to Wino Forever.

2013 – Depp and Heard appear together during promotions of his movie “The Lone Ranger.”

April 2014 – Depp says he and Heard are engaged, calling her “sweet as can be and very good for me.”

February 2015 – Depp, 51, and Heard, 28, marry. In July, Heard is charged with smuggling the couple’s two dogs into Australia without a permit or observing quarantine.

May 2016 – Heard files for divorce, citing irreconcilable differences. Heard obtains a restraining order against Depp and claims Depp was abusive to her throughout their marriage. Depp denies the allegations and accuses Heard of trying to blackmail him into a better financial settlement.

August 2016 – Depp and Heard announce a divorce settlement. under which Heard receives $7 million, which she donates to charity. They issue a joint statement saying their relationship was “intensely passionate and at times volatile but always bound by love,” and that there was “never any intent of physical or emotional harm.” They also agree not to disparage each other in future. The divorce is finalized in January 2017.

January 2017 – Depp files a $25 million lawsuit accusing his former business managers of fraud and financial mismanagement. His former managers file a counter suit claiming $550,000 in unpaid fees and damages, and reveal details of lavish spending by Depp. The two sides reach a settlement in July 2018.

August 2017 – Heard splits with entrepreneur Elon Musk after about a year. Their romance is rekindled in January 2018 before they split for a second time.

December 2017 – Author J.K. Rowling defends the decision to cast Depp in her movie “Fantastic Beasts: The Crimes of Grindelwald” after a backlash from fans over the fallout from Depp’s divorce.

June 2018 – Depp files a libel lawsuit against the Sun.

December 2018 – Heard writes an opinion piece in the Washington Post about domestic violence but does not name Depp.

March 2019 – Depp files a $50 million defamation lawsuit over Heard’s Washington Post opinion piece and claims Heard was the abusive partner. The lawsuit has yet to be settled.

July 7, 2020 – Depp begins testimony in London in his libel case against the Sun newspaper.

July 27 – Closing arguments are expected in London. A verdict is expected to be announced later.