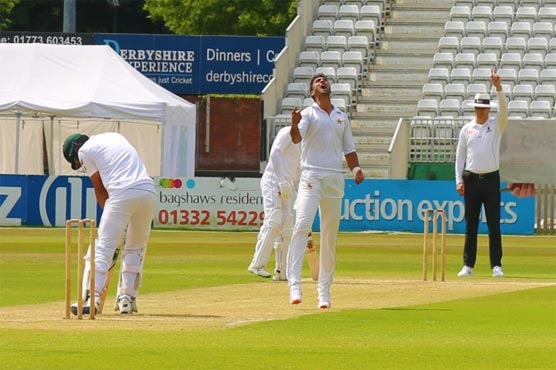 Sohail takes five to give Whites advantage over Greens

According to an official press release, PCB Whites were 88 for three in 34 overs when stumps were drawn for the day.

Imam ul Haq (19 off 63 balls) had to retire hurt in the 21st over of the innings when he was hit on his left hand by a rising delivery from Naseem Shah.Earlier Sohail took five wickets for 37 to help bowl out PCB Greens for 113 in 47.1 overs, after being put to bat first. Sohail had also taken a five-wicket haul in the previous four-day (non-first-class match) played last week at the same venue.

He, along with Faheem Ashraf (2-16), never allowed PCB Greens batsmen to settle in and only three batsmen entered into double figures. Babar Azam top-scored with 77-ball 32, hitting three fours.

At present, the PCB Whites trail PCB Greens by 25 runs with seven wickets in hand. The second day’s play will begin at 11am local time on Saturday.

Weekly report: Dollar depreciates in interbank, gold up by Rs9050