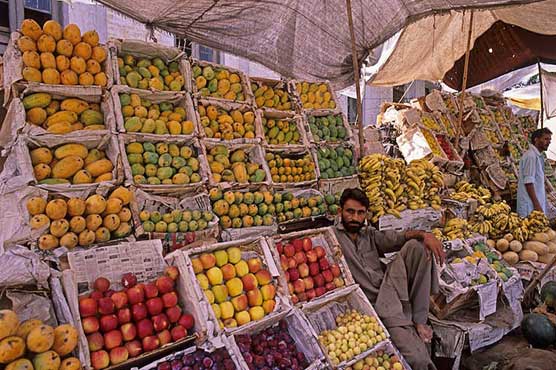 ISLAMABAD (Web Desk) – Fruits and vegetables exports from the country during fiscal year ended on June 30,2020 witnessed 3.80 percent and 27.95 percent respectively as compared the exports of the corresponding period of last year.

Meanwhile, 836,330 metric tons of vegetables valuing $299.290 million also exported during the period under review as against the exports of $233.910 million of same period last year.

Rice exports from the country during the period under review registered about 5.12 percent growth as about 4,166,123 metric tons of rice worth $2.175 billion exported, according the data of Pakistan Bureau of Statistics.

The rice exports from the country during the same period of last year was recorded at 4,120,137 metric tons valuing $2.096 billion, it added.

The decreasing trend in exports of food commodities were mainly attributed to COVID-19 Pandemic, which has also effected the other economies of the world.

Gold hits record high of $1,930 per ounce on haven demand