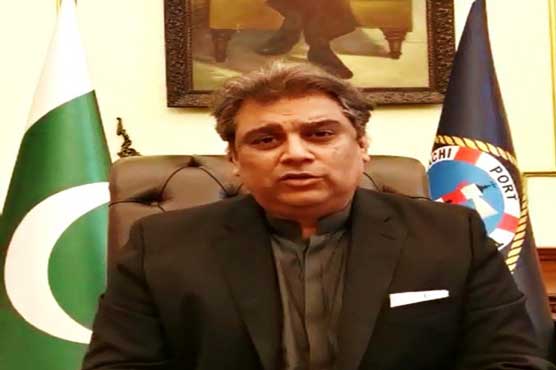 ISLAMABAD (City News) – Federal Minister for Maritime Affairs Ali Haider Zaidi on Wednesday said that over the past 70 years local and provincial governments have not devised any proper plan to deal with garbage or animal waste collection.

In a statement on social media networking site, he said that they have all been busy siphoning off tax payer money and amassing personal assets around the world.

“Yesterday, in the cabinet Prime Minister took a very serious notice of the situation in Karachi,” he said. The minister said that the federal government was determined to solve people’s problems, despite the fact that after 18th amendment resources rest with the provincial governments.

He urged people of Karachi to take extra precautions.

“I had been warning Sindh Government for months that monsoon season is coming and rain will play havoc with our city, unless they clean the storm drains.

He said that “sadly, the incompetent crooks of PPP who have ruled us for decades did nothing and left us at the mercy of nature”.