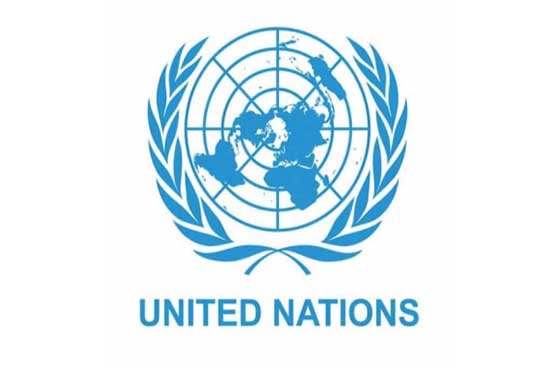 GENEVA (AFP) – As authorities worldwide grapple with swelling demonstrations over issues like political rights and racial justice, a UN committee Wednesday reaffirmed Wednesday that protesting peacefully, online or in person, is a fundamental human right.

The independent experts on the Human Rights Committee published a fresh interpretation of the right of peaceful assembly, offering comprehensive legal guidance about where and how it applies and also outlining governments’ obligations.

“Recent developments, including the COVID-19 pandemic, have created unprecedented challenges” to ensuring the right to peaceful assembly, the committee said in a statement.

“And worldwide protests in support of Black Lives Matter have underlined its importance,” it added.

The committee, made up of 18 independent experts, is tasked with monitoring how countries implement the International Covenant on Civil and Political Rights (ICCPR), which under Article 21 guarantees the right to peaceful assembly.

“It is a fundamental human right for individuals to join a peaceful assembly to express themselves, to celebrate, or to air grievances,” committee member Christof Heyns said in the statement.

“Together with other rights related to political freedom, it constitutes the very foundation of a democratic society.”

He stressed that the right belongs to everyone, without exception.

“Everyone, including children, foreign nationals, women, migrant workers, asylum seekers and refugees, can exercise the right of peaceful assembly,” he said, adding that such gatherings can take many forms, “in public and in private spaces, outdoors, indoors and online.”

In its so-called general comment on Article 21, the committee highlighted the obligations of governments to facilitate peaceful assemblies and to protect participants from possible abuse by members of the public.

Governments must “not to prohibit, restrict, block or disrupt assemblies without compelling justification”, the committee said.

Heyns warned that “generalised references to public order or public safety, or an unspecified risk of potential violence are not solid grounds for governments to prohibit peaceful assemblies.”

“Blanket restrictions on participation in peaceful assemblies are not appropriate.”

The general comment also provided guidance on a range of issues under discussion in many countries, and it stressed that peaceful protesters have the right to wear masks or hoods to cover their face.

“Governments should not collect personal data to harass or intimidate participants,” the committee said, also insisting that governments must not block internet networks or close down websites, which are vital tools to organising peaceful assemblies.

The committee also emphasised that journalists and human rights observers have a right to monitor and document any assembly, including those that are violent and unlawful.

UN rights chief Michelle Bachelet has already voiced concern that a number of governments might be using the COVID-19 pandemic as an excuse to rein in fundamental rights, including the freedom of assembly.

In the United States, meanwhile, widespread demonstrations against racism and police brutality — ignited two months ago by the death in Minneapolis of unarmed African-American George Floyd — have picked up steam again amid anger over Donald Trump’s planned “surge” of federal agents into main cities.