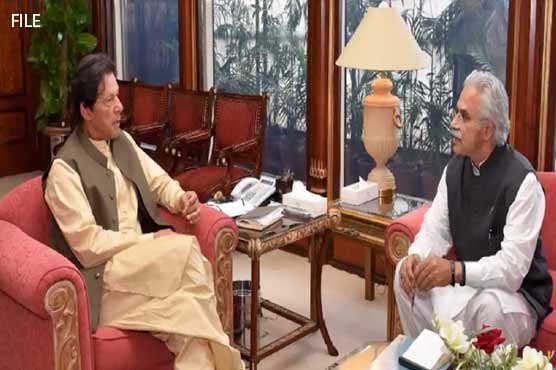 ISLAMABAD (City News) – According to sources, the actual reasoning behind two cabinet resignations in a single day has been revealed. Sources say that Tania Aidrus had set up a not-for-profit company under the name of Digital Pakistan Foundation while Dr Zafar Mirza was asked to resign for not being able to perform satisfactorily.

According to Dunya News sources, the main reason for Tania Aidrus’ resignation was a conflict of interest, her SECP registered company included Jahangir Tareen as one of its directors. The company was registered on February 27, before her appointment as Special Assistant to PM.

Sources said that the Prime Minister had sought clarification after the company’s existence was revealed but she failed to give a satisfactory explanation. The Prime Minister’s office then asked for Tania’s resignation.

On the other hand, sources claimed that former Special Assistant to PM Dr Zafar Mirza was asked to resign for not performing satisfactorily; Dr. Faisal Sultan continued to fulfill his responsibilities related to fighting coronavirus and also attended related meetings chaired by the Prime Minister. Dr Faisal is likely to be given the charge of Special Health Assistant, sources said.

Furthermore, it is said that Dr Zafar Mirza failed to put a hold on the rising prices of medicines and mishandled the issue of importing raw materials for medicines from India. The Supreme Court’s observations on Dr Zafar’s competence were also among the reasons behind his resignation.

Rain in parts of Lahore brings relief from scorching heat