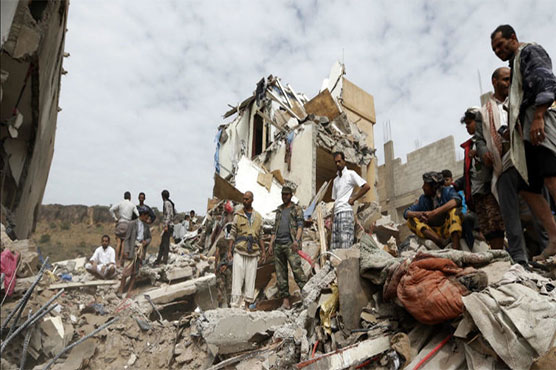 SANAA (AFP) – Seven children were among 20 people killed in an air strike on northern Yemen, Huthi rebels and an aid organisation said Friday.

A local health official told Huthi-run Saba news agency that 20 people were killed and seven wounded, with women and children making up most of the casualties.

The strike targeted a four-car civilian convoy in Al-Jawf, he said.

Residents contacted by AFP confirmed women and children had died in the air strike which they said hit residential homes.

Save the Children said seven children were among the 20 people killed, while several others, mostly women and children, were critically wounded.

“In less than a month at least 17 children have lost their lives as a result of indiscriminate attacks in Yemen,” said Xavier Joubert, the British charity s country director in Yemen.

“We strongly condemn the attack and call on all warring parties to respect international humanitarian law,” he said in a statement.

The UN humanitarian coordinator for Yemen, Lise Grande, said the attack came “as the victims were travelling by road”.

“Although the number of victims is still being confirmed, partners report that as many as nine children were killed and seven injured,” Grande said.

“Like all senseless act of violence against civilians, this is shocking and completely, totally unacceptable,” she added.

It was not immediately clear who was behind the air strike.

Yemen has been embroiled in a civil war since 2015 pitting the government backed by a Saudi-led military coalition that provides air support against Iran-backed Huthis, who control much of the north.

Tens of thousands of people have since been killed, in what the UN has described as the world s worst humanitarian crisis.