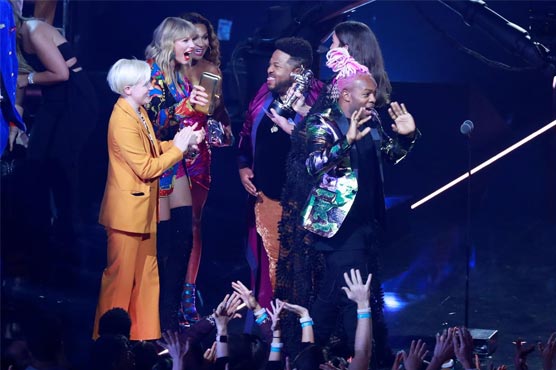 LOS ANGELES (Reuters) – MTV has abandoned the idea of holding its Video Music Awards show at an indoor venue in New York because of the complications of the coronavirus epidemic.

The VMA show on Aug. 30, which traditionally features live performances from music’s biggest stars, will instead go ahead with some artists performing at outdoor locations, MTV and the Barclays Center arena said on Friday.

The VMA ceremony was to be the first major awards show since the pandemic began to take place in a physical location, at the Barclays Center in Brooklyn.

“In close consultation with state and local health officials‎, it became clear at this time that outdoor performances with limited or no audience would be more feasible and safer than an indoor event,” MTV and the Barclays Center said in a joint statement.

The statement said all local health guidelines will be observed for the outdoor performances, which will take place at locations around New York City. It did not say which artists would be performing outdoors.

The coronavirus outbreak has forced the cancellation of dozens of film festivals and concerts and shuttered Broadway theaters.

Last week organizers of the Emmy Awards show honoring the best in television, which is usually held in Los Angeles in front of a large A-list audience, said this year’s event in September would be a virtual affair.

Pop stars Ariana Grande and Lady Gaga lead nominations for the Video Music Awards, which also added two new categories to reflect how musicians are responding to the coronavirus pandemic.