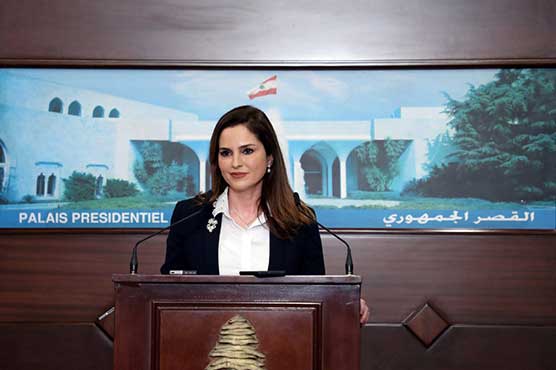 “After the enormous Beirut catastrophe, I announce my resignation from government,” she said in a statement carried by local media, apologising to the Lebanese public for failing them.

The head of Lebanon’s Maronite church meanwhile called on the entire government to step down over the August 4 explosion, a blast widely seen as shocking proof of the rot at the core of the state apparatus.

Lebanese protesters enraged by the blast vowed to rally again after a night of street clashes in which they stormed several ministries.

Maronite patriarch Beshara Rai joined the chorus of people pressing Prime Minister Hassan Diab’s cabinet to step down over a blast he said could be “described as a crime against humanity.”

“It is not enough for a lawmaker to resign here or a minister to resign there,” Rai said in a Sunday sermon.

“It is necessary, out of sensitivity to the feelings of the Lebanese and the immense responsibility required, for the entire government to resign, because it is incapable of moving the country forward.”

Rai echoed calls by Diab for early parliamentary polls — a long-standing demand of a protest movement that began in October, demanding the removal of a policial class deemed inept and corrupt.

He also joined world leaders, international organisations and the angry Lebanese public by pressing for an international probe into an explosion authorities say was triggered by a fire in a port warehouse, where a huge shipment of hazardous ammonium nitrate had languished for years.

President Michel Aoun on Friday rejected calls for an international investigation, which he said would “dilute the truth.”

At least six lawmakers have quit since the explosion.

Under increased pressure from the street and foreign partners exasperated by the leadership’s inability to enact reforms, Diab’s government is fraying at the edges.

The blast Tuesday, which was felt across the county and as far as the island of Cyprus, was recorded by the sensors of the American Institute of Geophysics (USGS) as having the power of a magnitude 3.3 earthquake.

It was triggered by a fire in a port warehouse, where a huge shipment of hazardous ammonium nitrate, a chemical that can be used as a fertiliser or as an explosive, had languished for years, according to authorities.

The huge blast also wounded at least 6,000 people and displaced more than 300,000 from their destroyed or damaged homes.

The revelation that the chemicals had languished for years like a ticking time-bomb in the heart of the capital has served as shocking proof to many Lebanese of the rot at the core of the state apparatus.

Demonstrators on Sunday called for renewed anti-government rallies after a night of angry protests saw them storm several ministries before they were expelled by the army.

It was a new tactic for a protest movement that emerged last October to demand the removal of a political class long accused of being inept and corrupt.

“The explosion in the port left a crater 43 meters deep,” the Lebanese security official told AFP, citing assessments by French experts working in the disaster area.

The crater is much larger than the one left by the enormous blast in 2005 that killed former prime minister Rafic Hariri, which measured 10 metres across and two metres deep, according to an international tribunal investigating his murder.

French rescue and police teams are among a much larger group of international emergency response specialists that has flooded into Lebanon to ease pressure on local authorities unable to cope with the disaster relief on their own.

Qatari, Russian and German rescuers are also working at the port blast site.