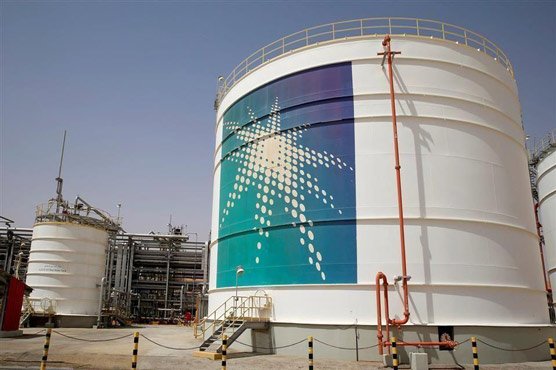 “Strong headwinds from reduced demand and lower oil prices are reflected in our second quarter results,” CEO Amin Nasser said in a statement.

Aramco’s net profit for the first half of the year also dived, by 50 percent to $23.2 billion, compared to $46.9 billion over the same period last year.

Saudi Arabia, the world’s biggest crude oil exporter, has been hit hard by the double whammy of low prices and sharp cuts in production that combined to severely impact oil income.

Oil prices dropped to a two-decade low below $20 a barrel in in April and May as the novel coronavirus pandemic dampened demand, before recovering to around $44 a barrel after OPEC+ producers agreed to record output cuts.

Aramco’s profits were also impacted by losses posted by Saudi Basic Industries Co. (SABIC), the petrochemicals giant that it acquired for $69 billion in a deal agreed in 2019 and completed in June this year.

Saudi Aramco was listed on the Saudi bourse in December following the world’s biggest initial public offering, generating $29.4 billion in the sale of 1.7 percent of its shares.

“Despite COVID-19 bringing the world to a standstill, Aramco kept going,” he said.

US technology firm Apple last week replaced Aramco as the world’s most valuable company after its capitalisation grew to $1.9 trillion, compared to $1.76 trillion for Aramco.