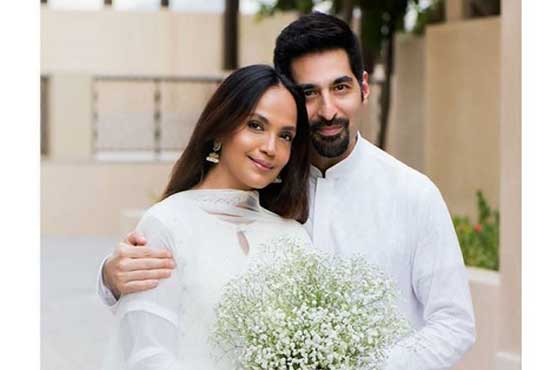 The Cake star posted pictures of herself and her husband on Instagram. Aamina was seen wearing a wedding ring in her hand and holding a bouquet of flowers.

In another picture, the actress and her new husband gave four-year-old Meissa, daughter of Aamina and Mohib, a hug.Earlier in October 2019, Mohib Mirza, had revealed that the much adored couple of showbiz industry, he and Aamina Sheikh had parted ways after 14 years of marriage.

“We are not together”, the actor expressed during a TV show.

Mohib and Aamina tied the knot back in 2005 and also have a baby daughter, Meissa Mirza, who was born in August 2015.