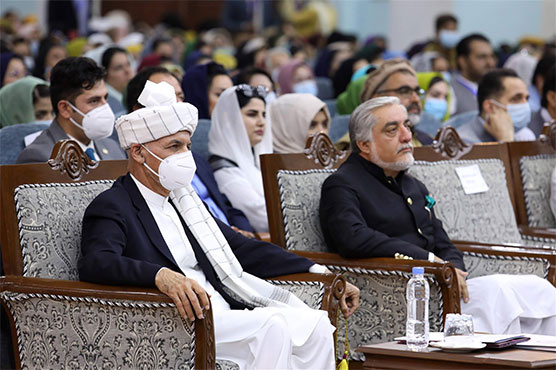 KABUL (AFP) – The Afghan government and the Taliban are on the verge of peace talks after thousands of prominent Afghans approved the release of about 400 contentious militant prisoners, the head of Kabul s peace council said Sunday.

The prisoners fate has been a crucial hurdle in launching peace talks between the two warring sides, which had committed to completing a prisoner exchange before negotiations can start.

The resolution was passed at the end of a three-day “loya jirga” — a traditional Afghan meeting of tribal elders and other stakeholders sometimes held to decide on controversial issues.

“In order to remove the hurdles for the start of peace talks, stopping bloodshed, and for the good of the public, the jirga approves the release of 400 prisoners as demanded by the Taliban,” jirga member Atefa Tayeb announced.

According to an official list seen by AFP, many of the inmates are accused of serious offences, including many involved in attacks that killed scores of Afghans and foreigners, with more than 150 of them on death row.

The jirga urged the government to give assurances to the population that the released prisoners would be monitored and would not be allowed to return to the battlefield, adding that foreign fighters should be sent back to their respective countries.

It also demanded a “serious, immediate and lasting ceasefire” in the country.

“The decision of the loya jirga has removed the last excuse and obstacles on the way to peace talks. We are on the verge of peace talks,” said Abdullah Abdullah, who is leading the government s peace process and was appointed head of the loya jirga.

Afghan President Ashraf Ghani said he would sign a decree to release the prisoners on Sunday.

“The Taliban should now demonstrate that they are not afraid of a nationwide ceasefire,” he said.

US envoy Zalmay Khalilzad said after the prisoner releases “in the next few days” he expects negotiating teams to travel to Doha “& from there the immediate start of intra-Afghan negotiations”.

And former president Hamid Karzai told the jirga he understood that the talks “would begin within two to three days” after the prisoners are released.

The Afghan government has released almost 5,000 Taliban inmates, but authorities had baulked at freeing the final prisoners demanded by the Taliban.

US Secretary of State Mike Pompeo pushed for the release of the detainees, while recognising the decision would be “unpopular”.

The prisoners include 44 insurgents of particular concern to the United States and other countries for their role in “high-profile” attacks.

Five are linked to the 2018 attack on the Intercontinental Hotel in Kabul that killed 40 people, including 14 foreigners.

A Taliban militant involved in the massive May 2017 truck bombing near the German embassy in Kabul is also on the list, which includes a former Afghan army officer who killed five French troops in an insider attack.

The family of French aid worker Bettina Goislard, who was murdered in Afghanistan in 2003, said they would not accept the release of her killers, who are on the list.

“Such a decision to free (them) made on the basis of horse-trading would be, to us, her family, inconceivable,” Bettina s family said in a statement to AFP before the decision was announced.

On the first day of the gathering, lawmaker Belquis Roshan, a prominent women s rights activist, protested against the release of the prisoners, unfurling a banner that read: “Redeeming Taliban is national treason.”

Security forces on Sunday said they arrested 11 Islamic State members who planned to attack the gathering.

The intra-Afghan talks were slated under a US-Taliban deal agreed in February, in which Washington said it would withdraw its troops from Afghanistan by mid-2021 in return for security guarantees.

Defense Secretary Mark Esper told Fox News on Saturday said the US would reduce the number of American troops in the country to less than 5,000 by the end of November, but added that it was “conditions-based”.

President Donald Trump, up for re-election in November, has said repeatedly that he wants to end America s longest war, which began nearly 20 years ago when Washington ousted the Taliban following the September 11 attacks.