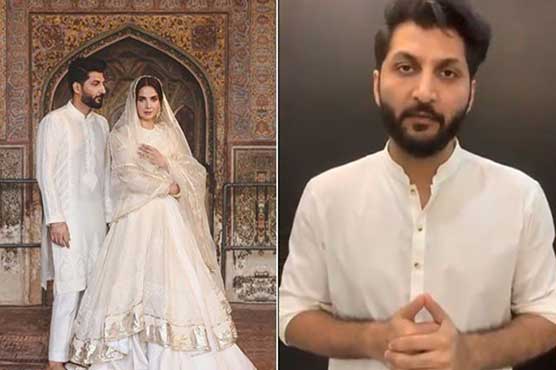 In a video message, the singer said, “We as Muslims, as decent human beings and as artists will never, ever trivialize or condone disrespect to Islam or any other religion, race, caste, colour or creed. If we have unknowingly hurt anyone’s sentiments we apologise to you all with all our heart.”

“Saba Qamar and I had recently filmed a nikkah sequence at Wazir Khan Mosque which created a big misunderstanding and hurt the emotions of a lot of people,” he went on to say.

“Alhamdulilah I am a Muslim and I was raised in a Muslim household. I cannot even think about doing something that would disrespect my religion. I solemnly affirm in the name of Allah that neither did we play any music in the mosque and nor did we dance and the witness to that is the management of the mosque,” Bilal Saeed added.

The singer said, “There was a move that we did for the sake of the photo shoot. We were not following any dance sequence and neither was there any music playing in the background. We understand that we have unintentionally made a mistake.”