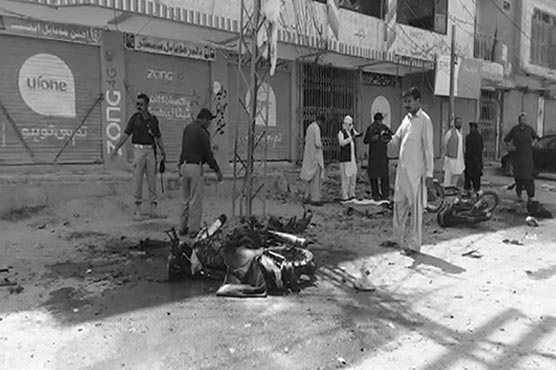 The explosion occurred on Mall Road near DPO office. The bomb was planted in a motorbike. The wounded have been shifted to hospital for medical treatment.
The security forces reached the incident spot following the occurrence and have cordoned off the area. Further investigations into the matter are ongoing.