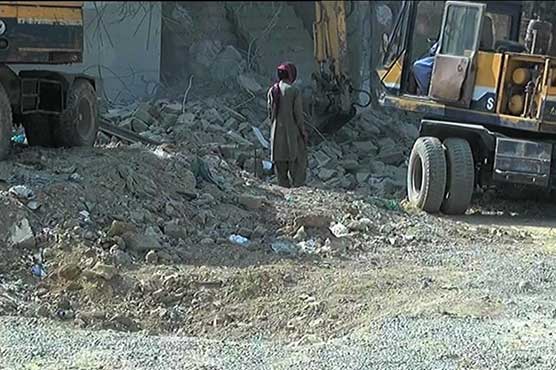 KARACHI (City News) – Supreme Court (SC) on Monday has conducted hearing on a case pertaining to restoration of Karachi Circular Railways (KCR) and directed the Sindh government to build underpasses and flyovers before the decided time.

During the proceedings, the apex court has also ordered the local administration to complete fencing and other construction work as early as possible. Railways secretary told that the team is facing difficulties due to green belt.

Earlier, SC had instructed to demolish all the buildings illegally constructed on the railways land.

Chief Justice of Pakistan (CJP) Gulzar Ahmed had remarked that Sindh government took responsibility to recover circular railways land in Karachi, however, nothing was done in this regard.

He also questioned Clifton Cantonment Board over encroachments in Delhi and Punjab colonies over which, the Cantt official told that this land belongs to the government.

CJP had directed city commissioner to evacuate the occupied land and ordered to demolish all the buildings, housing societies and petrol pumps illegally constructed on railways land.

Following the directives, the local authorities had launched an operation against illegal encroachments in the metropolis.

During the action, women pelted stones at the officers for demolishing the buildings near Gillani Railway Station. The security personnel also took enraged locals into custody for resisting the operation.

LHC approves petition against appointments of PM’s aides for hearing